A 9/11 remembrance of faith, perseverance and God’s grace 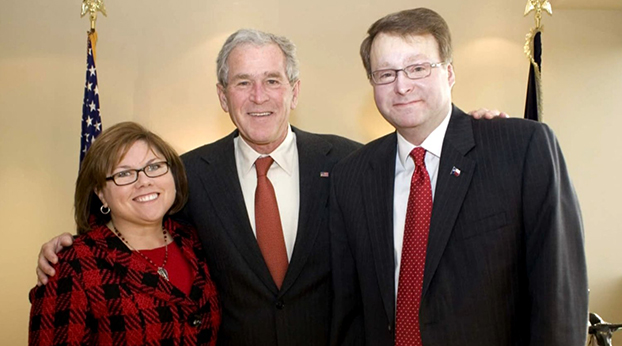 Americans old enough to remember what happened on Sept. 11, 2001, will not forget where they were and how they learned about the terror attack that claimed the lives of almost 3,000 people.

Terrorists flew two planes into the World Trade Center in New York City, another plane crashed into the western facade of the Pentagon in Arlington County, Virginia, and a fourth hijacked plane crashed in a Shanksville, Pennsylvania, field. Twenty years later, they are still the deadliest terroristic act in world history.

Emotions ranged from shock to sadness, from fear to anger. Americans were glued to their television sets — struggling to comprehend that such death and destruction could take place in the land of the free and home of the brave.

Most of us didn’t know anyone who worked in the Twin Towers in New York City, nor did we have connections to those affected by the attack on the Pentagon. Still, we grieved over the unimaginable heartache suffered by our fellow Americans.

But if you are able to put a face to someone directly affected by that heinous attack against the fabric of America, you’ll always remember 9/11. For this writer, that is what happened in the fall of 2014 when a survivor from the Pentagon attack spoke to a National Newspaper Association convention gathering. His compelling story is one of faith, perseverance and the grace of God.

Lt. Col. (Ret.) Brian Birdwell was in his office in the Pentagon on Sept. 11, 2001. He and two civilian employees who worked in his office saw on TV where planes had hit the Twin Towers in New York City. They stopped what they were doing and prayed for the people in those towers, for their families and for the first responders. Soon, Brian left the office to go to the restroom.

As he opened the restroom door to return to his office, a plane hit the Pentagon. The two women in his office died instantly. Brian was severely wounded — burns covered 60% of his body — half of them were third degree in severity. He looked down and saw his flesh hanging off his body.

The injuries were internal as well. The temperature of what he was breathing in, coupled with inhaling jet fuel, caused serious damage to his lungs.

Because of damage to his inner ear, his sense of balance was destroyed. He couldn’t get up and walk, couldn’t crawl. Minutes seemed to last an eternity.

He said he was at the point where he realized the severity of his situation and was ready to die.

“I surrendered — I said, ‘Jesus, I’m coming to see you.’ I accepted that reality, collapsed and wanted to die. I realized the finality of death. As I lay there, I thought the next time I would see my wife and son would be in eternity with the Lord.” He eagerly was waiting to hear the words: “Well done, thou good and faithful servant.”

Then began a series of miracles. The Lord put the right people in the right place at the right time. He said it shows “how much in charge the Lord really is.”

In the distance, he could see four men looking to assist any of the 125 people in that section of the building.

As they attempted to move him, chunks of his arms and legs pulled off in their hands. “I told them to leave me there to die, just touching me was agonizing.”

But they managed to move him from that area and to a doctor — he was one of five or six victims at the time. “The doctor came to me first; my experience told me that said I was the worst. I was trembling violently, a woman was saying the 23rd Psalm and 91st Psalm and the Lord’s Prayer.”

He was taken to Georgetown University Hospital — the only victim taken there. The nurse who accompanied him was a reservist who was spending just two weeks at the Pentagon, and the only hospital she knew how to get to was Georgetown. The attending physician had just spent two years working in a trauma center. “Whether I would live or die was still unanswered,” Birdwell said.

He said the hospital chaplain led a quick prayer. “I knew who was really in charge because I had given my heart and life at age 10 to Jesus Christ.

“It was with strength — not of a soldier, but of knowing the commander-in-chief of my eternity, that I could say let’s get on with it.”

Over the next four years, he had 39 surgeries to rebuild and reconstruct his body.

The months that followed were extremely painful. “A burn survivor knows the intensity of pain — what can be done to survive is worse than what happened to you.”

Three months later, on Dec. 12, 2001, early in the morning hours a three-star general, James B. Peake, entered his room. The general asked Birdwell’s wife, Mel, if their son Matt had been to see his father. When told that the Birdwells didn’t feel their son could handle the sight, the general said, “You need to get him here as quick as you can.” The general knew that Birdwell, now three months after 9/11, had a 1 percent survival chance. “He (Gen. Peake) knew I was dying … my son’s chances to see me before I died were very limited.”

They listened to the advice. As 12-year-old Matt came into the room, he said “I love you, Dad.” And Birdwell mouthed the words, “I love you, son.”

Birdwell said he pleaded for the mercy of death, “but the Lord had another plan. That involved four years of putting me together again.”

He said the miracle of surviving the initial impact and the fire “is a miracle of God’s grace. There are many medical reasons I should have died.”

“There are people who tell me I have a great pain threshold, but instead I say I’ve got a Lord with a great grace threshold.”

For Brian Birdwell, to die would have been much easier than to live. But today, as a Texas state senator, he lives for Christ — telling everyone he can about the amazing grace and power of the Lord Jesus.