Robinson could become a UK legend 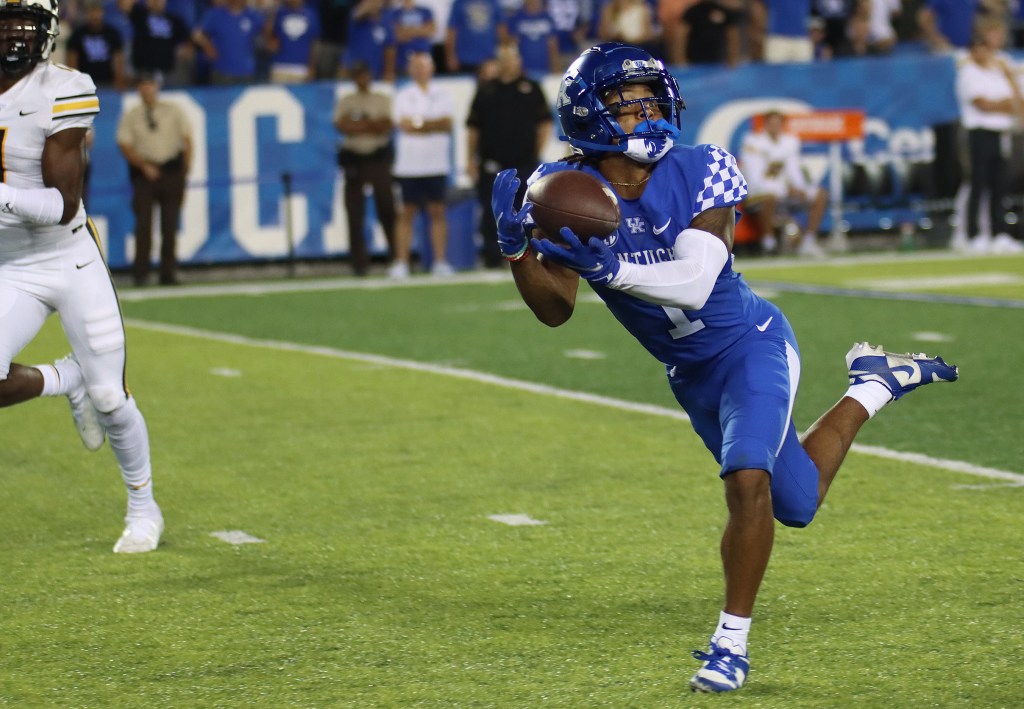 Wan’Dale Robinson hauls in a catch earlier this season. - Photo by Jeff Moreland

Two games, two 100-yard receiving performances for Kentucky’s Wan’Dale Robinson — something that has not happened at UK since Jeff Badet did it in 2016.

“He’s a UK legend in the making,” Badet posted on Twitter after Robinson had five catches for 101 yards and ran three times for 73 yards, including a 64-yard romp, in last week’s 35-28 win over Missouri.

“He’s very knowledgeable. He’s hard to get hands on. He has that ability to make himself skinny and not give his chest up and get off some press,” Kentucky coach Mark Stoops said. “And that, we need.”
Stoops especially liked a third down-and-12 pass to Robinson late in the game that went for 49 yards and got UK a first down. It was the type of throw by Will Levis and catch by Robinson that UK has not had under Stoops.

“We’ve just missed that. You know what I mean?” Stoops said.

Robinson was confident the play would work.

“I told him (Levis), ‘If you put the ball in the air, I’m going to go get it. That’s my job,’” Robinson said. “We’ve had a good connection on those deep balls ever since he got here and he’s able to put them where they need to be. He’s a big blessing.”

In two games Robinson has 10 catches for 226 yards and two scores along with three rushes for 73 yards. He has a 62-yard touchdown reception and 49-yard catch along with the 64-yard run. That’s big play production.

Yet Robinson was disappointed that UK only had 35 points and 517 total yards against Missouri.

“We felt like we could’ve pushed the lead a little further. I don’t think we’re playing near the top of our game.

Once we really start clicking, people are going to be aware,” Robinson said.