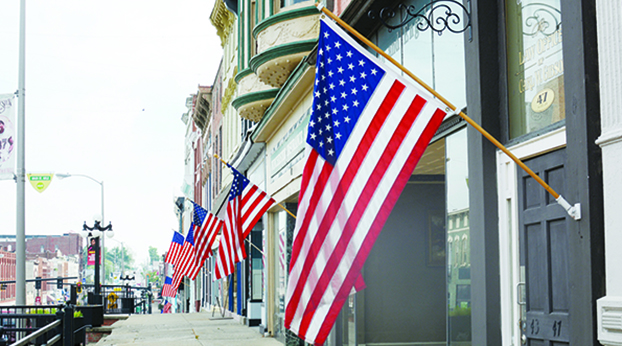 Local veterans looking for a chance to connect with others who served in the United States’ armed forces will have an opportunity to do so on Monday, Sept. 20.

The Veterans Meetup, organized by Lady Veterans Connect, will be held at Woody’s Sports Bar & Grill in Winchester from 7 -9 p.m. Veterans of all ages are invited to come socialize and enjoy free appetizers.

The Winchester-based organization hopes to foster a sense of community among those who have served their country.

“We want to start doing some things with the veterans to get them to be involved,” said Phyllis Abbot, the organization’s founder.

Abbot said she wants to eventually organize group activities such as barbecues or service projects, and perhaps some things for those with an adventurous side.

“A couple of my people decided on the idea of doing an axe-throwing contest,” Abbot said.

The meetups might even become a place where veterans can discuss their thoughts on current issues such as the U.S. military’s controversial withdrawal from Afghanistan.

“After Afghanistan happened we have a lot of angry veterans,” Abbot said, and noted that some veterans feel the situation mirrors what happened at the end of the Vietnam War.

The meetup will not be a one-time thing.

“There will be follow ups and maybe we can do it in other areas around Clark County,” said Abbot.