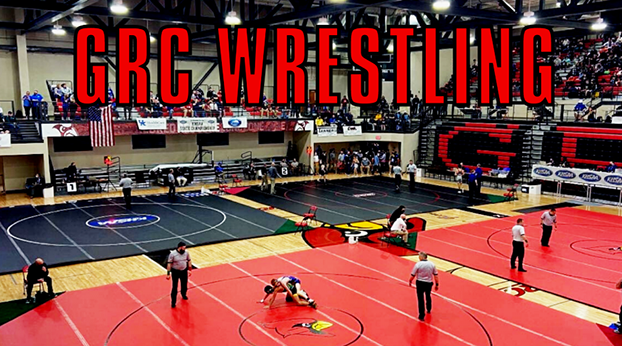 After a long-anticipated wait, George Rogers Clark has finally been approved to have a KHSAA-sanctioned wrestling team.

“It has been years in the making,” says Athletic Director Michael Ritchie. “Long before my time as AD, there were talks and meetings about adding a wrestling program here.”

The Cardinals have named their first-ever wrestling head coach in Ethan Miller.

With a Coach who has almost 20 years of experience and knowledge of the sport, starting a program within the vast halls of GRC shouldn’t be hard.

“My plan is to bring in as much help as I can,” says Miller. “My primary focus this season is to get as much help from parents, boosters, and fans as we can possibly get. I want to also start a club program for the youth and middle school-age kids, which will run in conjunction with the high school team. My experience with starting a solid program really rests on the shoulders of the community. If everyone buys in, the program will flourish.”

Miller competed throughout his high school career for Woodford County High School. During his freshman and sophomore year, he was part of two state championship teams, a team State runner up his junior year, and a team 3rd place finish as a senior.

Individually, Miller took 3rd as a junior at the region championships in 2007 at 112 pounds and qualified for the state tournament. As a senior he was the 2008 Region 7 Champ and 2008 State Runner Up at 119 pounds.

Once Miller graduated he received a scholarship offer to wrestle for Mount St. Joseph in Cincinnati, Ohio. He competed there from 2008-2009 before transferring to Lindsey Wilson College in 2009 where he was a part of the first-ever wrestling program at the school in 2009, he stayed there for the rest of his college career.

After graduating from college in 2013, he immediately jumped into his coaching career starting a club program in Woodford County, which was primarily for youth and middle schoolers. Two years ago Miller left Woodford County and moved to Morehead and started the high school program at West Carter High School in Olive Hill.

“All of these experiences have helped me learn the ins and outs of building a solid program,” says Miller. “It has taught me the questions to ask, the tasks to get done, and the pecking order in which to do so.”

After weigh-ins, athletes have an hour break to recover, get water and food, stretch, and get warmed up. After that, depending on the type of competition, each wrestler will be put into a bracket with the other kids in their weight class.

No one will ever wrestle someone who didn’t weigh in or didn’t make the weight for that class. Most meets are double eliminations. As they keep winning they keep moving on.

“Anyone and everyone can wrestle,” says Miller. “No experience is required. Seventh and eighth graders can even wrestle up for the high school team. There isn’t a “try-out”, so anyone who wants to be on the team can join by contacting me via the GRC wrestling Facebook, or by email.”

The wrestling season officially starts Oct. 18, with the season wrapping up in late February/early March, at none other than our very own spectacular school, where the state wrestling championships will be held.

“I am still putting a competition schedule together,” says Miller. ”But we will more than likely compete every weekend starting in December and sometimes have matches Wednesday nights with local teams. There is a five-match rule per competition, so each wrestler is only allowed to wrestle up to five times per competition.”

With the new opportunities at GRC emerging, success is the ultimate goal for Miller and his new program.

“My goal for GRC is very simple: Improve daily,” says Miller. “I’ve always strived to be successful, whether it be improving my cardio, improving my technique, learning the sport, whatever. As long as I improve each day then I’m moving forward to my ultimate goal of success. If we improve every day and keep moving forward, the GRC program will take flight and find the success it is looking for.”