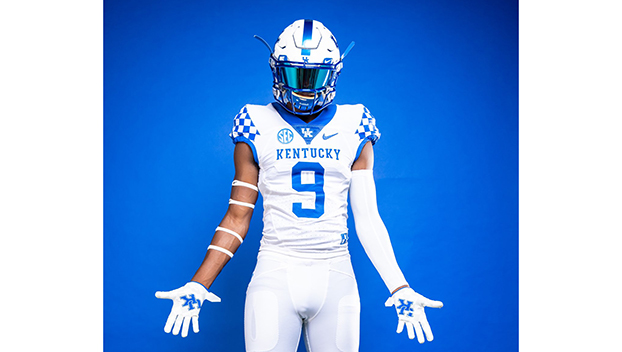 Kentucky commit Tyreese Fearbry admits he was not all-in with football as a youngster but is now a top 200 recruit nationally.

Top 200 recruit Tyreese Fearbry of Pennsylvania was not all-in with football growing up.

His junior football season he averaged 5.8 tackles and one sack per game during his five-game season and also ran 10 times for 94 yards and one score.

He wants to put on more weight before he gets to Kentucky and develop his pass rush moves.

“Coach (Brad) White has told me what I need to do and how to fix it. Overall I feel like I am doing pretty good but I am already anxious to get to the next level (college) and see what I have to fix,” he said.

Fearbry, a Pittsburgh resident, was a one-time Penn State commit but knows what playing in the SEC can mean.

“Everybody says the SEC is where the dogs are made,” he said. “Everybody is a top team in the SEC. Everyone in the SEC is really competitive. The SEC has separated itself from the Pac 12, Big Ten, ACC. Playing in the SEC, that is a really big deal for me or anybody.”

Mintz will be in sixth season at UK this…