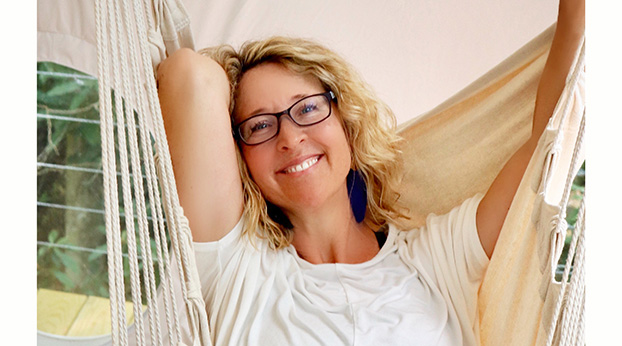 When I was in Ms. Moberly’s first grade class at Providence, I was sent “out to the trailer” for  a speech assessment. At age 7, I still hadn’t mastered the articulation of the letter r, substituting a w sound instead. Problematic when your first, middle, and last names all contain an r. So off to the trailer I went to see the speech therapist. For months, she patiently tried to teach me to move my lips and tongue to make an rrrr sound.

“Rip, rabbit, red,” she would enunciate, greatly exaggerating the movement of her mouth.

“Hoe wus, twain, bayuh,” I clapped for myself, gleeful and proud.

Eventually, I had not only filled my folder with stickers, I could correctly pronounce the words folder and sticker. I had mastered the r. Basically, in my mind, I had mastered the English language. And as long as I made sure not to dangle my participles and remember that things lay, but people lie, I never thought again about my voice.

That is, until I took Communications 101 in grad school. I was in the Master’s Program to become a librarian, but I had a dream of narrating audio books (or, what were then still known as books on tape). Per my advisor’s suggestion, I registered for this diction class.

Have you ever wondered why every news anchor sounds basically the same? It’s because they work very hard at becoming linguistically neutral, or completely lacking in any regional accent. Our Communications professor called it Standard Broadcast English. Ostensibly, this type of white, bland, non-accent voice makes someone more employable. It was explained to us that no one from Brooklyn or New England would be able to understand a newscaster with a Southern Drawl.

And, unfortunately, all the would-be newscasters in my class had Southern Drawls (except for one kid from Texas who had a Southern Twang). We all pronounced the words pin and pen as homophones. I was told I specifically had what’s known as a Mountain Drawl. Makes sense. You see, my mama’s people are from Breathitt County and my daddy’s people are from Trapp. Probably, the term “my mama’s people” is enough to define me as someone who regularly drops the g at the end of words: It’s I was sittin’, not I was sit-ting.

We students would sit at a makeshift desk and read a teleprompter into a headset that was miked to the sound room where our professor sat. “More Midwestern, less Cornbread!” my professor would whisper helpfully into our ears. He really picked on Daisy, a shy gal from Pikeville, who committed the ultimate sin of vowel diphthongization, stretching a single syllable into two (for instance, pronouncing the word red as ray-ehd).

But mostly, it seemed, we learned that our accent was something to be ashamed of, something to eradicate. Looking back, it seems as if the whole class was geared toward erasing any trace of our Appalachian accent. The professor never blatantly stated that a mountain accent makes one appear uneducated, but his condescension made it clear he thought us ignorant hillbillies.

He never did rid me of my mountain drawl. And I’m glad. Unless Silas House is in need of a narrator, odds are long that I’ll be asked to voice a book. But my Appalachian accent will forever be music to my ears.

The particular patois of our central Kentucky home has taken generations to bake, influenced by immigrants of the British Isles, Germany, and Africa with some Native American sounds thrown in for good measure. Our cadence may be quick, but our vowels show up only when they’re good and ready. We know that the word route rhymes with boot and that the word coke refers to Coca-Cola, but also to any other drink my friend Traci might call a soda pop (bless her heart, she’s from Dayton). If language reflects a sense of culture and place, then our vernacular paints a beautiful picture.

That professor did say one thing I’ll never forget. He said that we should speak where we want to be. So if you want to be on TV, you need to have some overly bland, very white accent. But if you’re lucky enough to call these beautiful foothills home, maybe you drop those g’s so that God lets you stay. 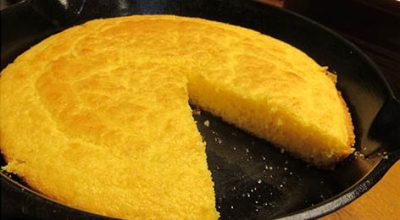