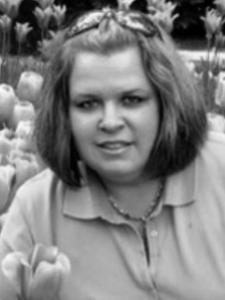 Peggy Sue Harshman Hall, 50 of Elizabethtown, died Friday, October 1, 2021 at Baptist Health Hardin.
She was a native of Warren, OH and moved to Winchester, KY at the age of 6. She graduated from George Rogers Clark High School in 1988 and attended Eastern Kentucky University. On November 23, 1988, she married Dudley Scott Hall while he was on leave before going to Desert Storm. They moved to Fort Riley, KS where she worked as an Administrator for Junction City Water Department; moved to Fort Stewart, GA where they had their daughter, Brennan and she worked for the Coastal Courier Newspaper in Hinesville, GA. She worked for the Prosecuting Judge in Hinesville, GA, the DODEA, Department of Defense Education Administration, as a Special Education Teacher. After Dudley retired from the military, she worked for the Department of Defense Dental Clinic at Fort Knox, back to the DODEA, worked for four years for Jenny Oldham, Hardin County Attorney and was the personal assistant to Jud Hartlage, CEO of Lentus.
She was preceded in death by her father, Willard James Harshman.
She is survived by her husband of 31 years, Dudley Scott Hall; one daughter, Brennan Hall (Lily Hura) of Elizabethtown; her mother, Mary Ann Harshman of Newton Falls, OH; one brother, David “Skinner” Harshman (Millie) of Garrettsville, OH; one sister, Patricia Belknap (Brett) of Evansville, IN; nieces, Kourtney Caton (Stephanie), Heidi Harshman, Jen Jones (Keith), Becky Pemberton (Steven), Shelby Belknap and Katie Shorter (Demarc) and her dog Diesel.
The funeral will be Friday at 11 a.m. at Brown Funeral Home.
Burial will follow in Hardin Memorial Park.
Visitation will be 3 to 8 p.m. Thursday and continue after 9 a.m. Friday at the funeral home.
Expressions of sympathy may take the form of contributions to CJ3 Foundation.
The family requests that no lilies be sent.
Condolences may be expressed online at www.brownfuneral.com.