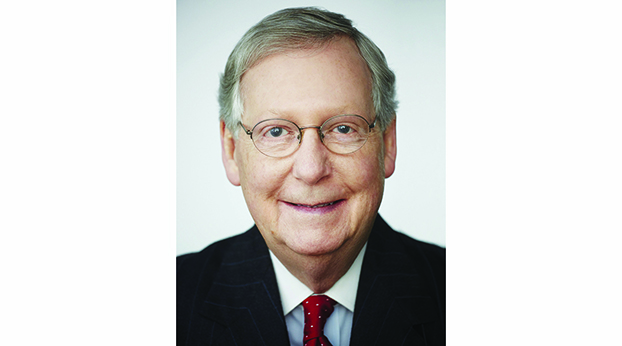 President Biden likes to claim his $3.5 trillion tax and spending spree will only hurt the wealthiest Americans, leaving everyone else unscathed. As his plan comes into sharper focus, though, it’s become increasingly clear that Democrats intend to radically transform the lives of every worker, small business owner, and family in America.

Their latest gambit is a plot to give the IRS sweeping new authority to snoop on Americans’ personal finances, providing federal agents with data on every transaction over $600. This unprecedented expansion of government surveillance should leave everyone alarmed and outraged.

Currently, the government has special authority to demand information on bank transfers in excess of $10,000. Theoretically, this allows them to sniff out things like money laundering, terrorism, or tax fraud. But President Biden’s new plan creates a massive new dragnet that would sweep up all kinds of ordinary transactions that normal, law-abiding Americans make routinely.

In effect, Washington liberals want to let the IRS leaf through Americans’ checking accounts as if everyone were a potential criminal or terrorist until proven otherwise. The IRS already knows how much you earn. Now they want to know exactly how you spend it.

Is your monthly rent or mortgage payment more than $600? If Washington Democrats get their way, the government would get to know about it. Have your eye on a new rifle and equipment ahead of next hunting season? The IRS would hear. Have a large balance sitting in your PayPal or Venmo account that you’d like to move to your checking account? Federal agents would see it.

Unsurprisingly, this extreme infringement on personal privacy has made Kentuckians upset.

In recent weeks, I have received over 14,000 messages from constituents expressing their concern with this provision. They are uniformly dismayed that their private financial decisions could be subject to real-time IRS monitoring. Kentuckians are tired of being subjected to big government and overreaching bureaucrats.

If you believe you can trust the IRS to keep your personal information safe, think again. Just this year, an IRS leak exposed sensitive financial data from several Americans – information that was quickly weaponized by the political left. This is the same IRS that made targeting conservative organizations a matter of internal policy under the last Democratic administration. Americans simply can’t trust the federal government to hold their financial information in confidence.

This vast expansion of government surveillance is more than just a threat to your individual liberty and personal privacy. For community banks and credit unions, these new reporting requirements would be devastating.

Kentucky’s community financial institutions are firmly opposed to this unnecessary IRS data sweep. They have written letters telling me they would face “an unprecedented, complex, and expensive new burden” that would stretch their limited resources thin. They believe it is wholly unreasonable to force credit unions and community banks “to become the policing arm of the IRS.” I thoroughly agree.

So, let’s recap: Democrats want to pile loads of new red tape on small community bankers, hoover up an unprecedented amount of your personal financial data, and put it in the trust of a notoriously partisan federal agency. This vast expansion of government surveillance isn’t just unnecessary; it’s downright dangerous.

I am proud to stand with the Kentuckians who object to President Biden’s radical transformation of American society. I’ve consistently fought against these kinds of liberal power grabs in the past, and I’ll make sure Republicans are united in doing so again.

We cannot treat every American like a potential criminal. We cannot regulate community banks out of existence. We cannot make everyone’s sensitive financial information free game for hackers and partisan leakers.

If this massive IRS data sweep worries you, just wait until you read what else the Democrats are trying to jam through Congress with their reckless tax and spending spree. As Senate Republican Leader, I will continue to lead my conference in objection to President Biden’s plan and ensure it does not receive any Republican support.