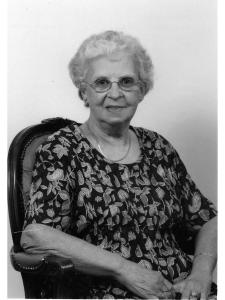 Gladys Pasley Pharis, 97, widow of Eugene Pharis, passed away peacefully on Wednesday, October 6, 2021, at her home. A native of Clark County, Kentucky, she was born on October 12, 1923, to the late Roger and Martha Ann Finney Pasley. After graduating from Clark County High School in 1942, Gladys attended KY Wesleyan College and Eastern KY University. She was a bank bookkeeper, a teacher in Clark County, and after 20 years retired from the Bluegrass Army Depot in 1985. Gladys was a Kentucky Colonel and a member of Bethlehem Christian Church. She enjoyed spending time with her children, grandchildren, and great grandchildren.

She was preceded in death by her parents, husband, and brothers, Earl and Marcus Pasley, and son-in-law, Donald Withrow.