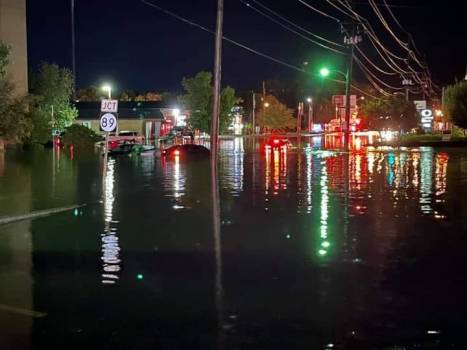 Parts of the area near downtown Winchester quickly flooded during Thursday's storm, including Maple Street. - Photo submitted by Brian Thompson. 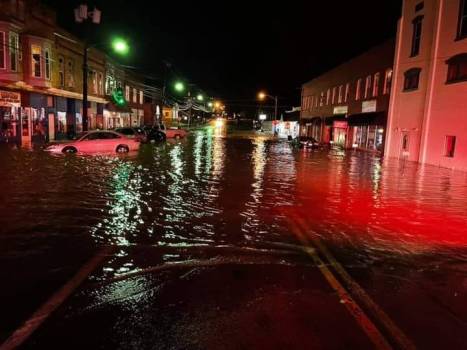 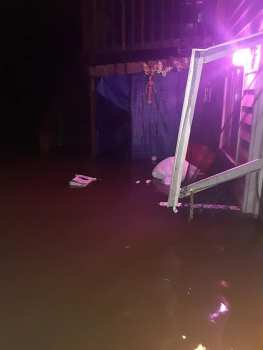 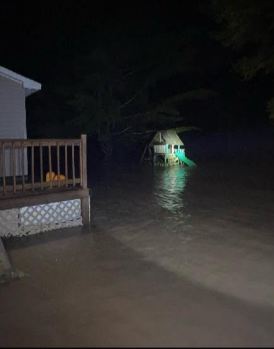 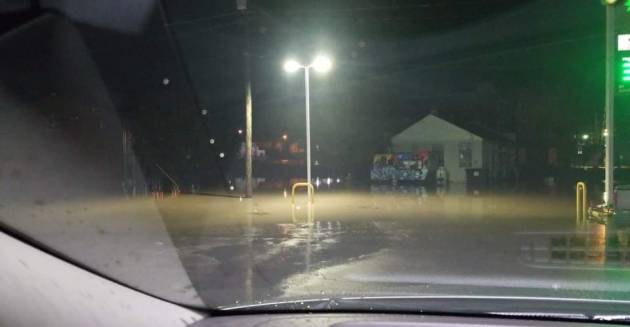 Flooding near the BP Station on Winn Ave. - Photo submitted by Blainey Embs. 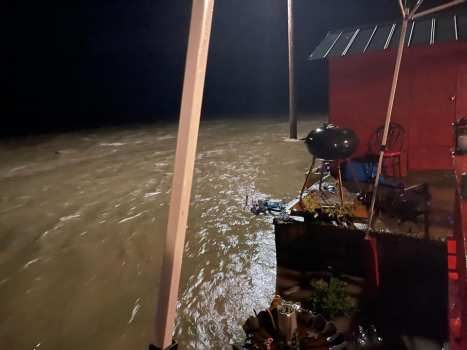 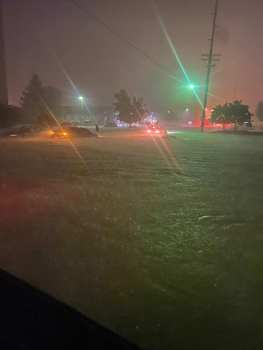 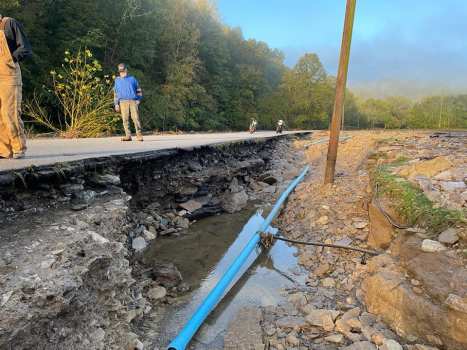 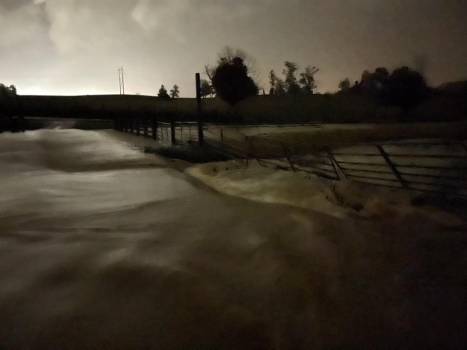 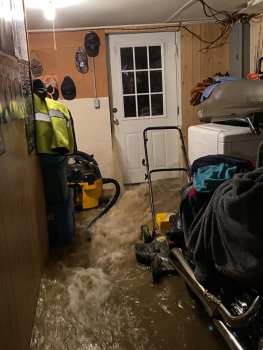 According to radar estimates from the National Weather Service in Louisville, a band of heavy rain moved through the area from 6 to 11:30 p.m. and dropped as much as four inches of precipitation across the central part of the county.

“It was an extraordinary event,” Winchester Mayor Ed Burtner said. “It just poured, one [storm] cell after another.”

The mayor said there was localized flooding in the city limits on North Maple and East Broadway streets, as well as Winn Avenue.

Winchester resident Jacob Rice ended up right in the heart of it all when he traveled into the downtown area to do some shopping.

“I noticed when I was coming down the hill on Winn Avenue that the bottom section was completely under water,” Rice said.

He turned around and took an alternate route to the BP Station on North Main Street. Upon coming out of the store, Rice saw some individuals in need of help.

“I noticed about four or five cars trying to go through the water and ending up getting stuck,” he said.

When the motorists signaled for help, Rice and a handful of others waded into the waste-deep water to push their cars to safety.

“I’m used to being in water up to my waist because I work for the water company here in Winchester,” he said.

Motorists attempting to travel through flooded roadways is a recurring problem during flood events, and Thursday night proved to be no different.

Burtner said the Winchester Fire Department rescued around 20 motorists whose cars stalled on flooded roadways and that the Clark County Fire Department made several rescues outside the city limits.

Clark County Fire Chief Steve Asbury implored motorists not to try to drive through submerged sections of the highway.

“People have to remember not to drive through flash flood waters. Turn around and don’t drown,” he said.

According to city and officials, there were no reported injuries or fatalities

Pace said that 150 feet of Four Mile Road washed out during the flooding and caused the road to be closed all night and well into Friday. Road crews lay gravel down to make it passable until permanent repairs are made.

The judge/executive said there are also washouts on Morris Road and that several private bridges were swept away on Muddy Creek Road.

“Well terrible news. My basement has flooded bad. Every bit of my Christmas display is underwater. The lights, the controllers, the props all of it,” Bryan Aulisio wrote in a Facebook post on Friday.

Aulisio’s home is well-known in the community for its impressive Christmas light display.

A Go Fund Me has been set up to help him replace his equipment and has already raised $560. To donate visit www.gofundme.com/f/christmas-house-lights-and-decorations.

Burtner and Pace each declared a state of emergency.

Anyone with residential or commercial property damage is encouraged to call (859) 901-1555.

“That’s the number that puts you on the list for damage assessment,” Burtner said. “Then the people from the state will come out, and you can show them the damages that you have.”

Burtner said that once the data is compiled, it is up to Gov. Andy Beshear to decide if he will declare a state of emergency. Only then will residents be eligible for state and federal assistance.

The City also has a link to a damage submission document on its Facebook page.