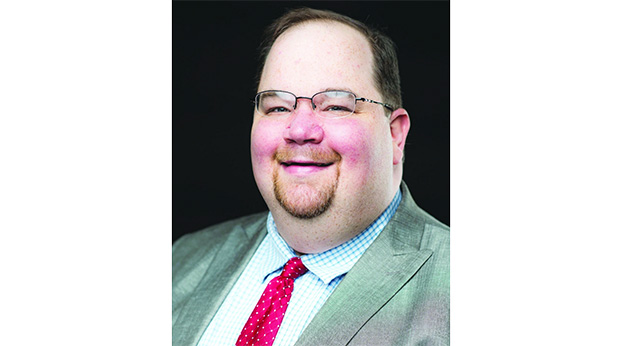 Clark County Coroner Robert Gayheart said Pace was taken to the emergency room at Clark Regional Medical Center Thursday night, where he died. The coroner said that Pace did not have any underlying health issues.

Funeral services for Pace are set for 12:45 p.m. Wednesday at Calvary Christian Church in Winchester. He is survived by his wife, Shannon, and three children: Jack, Maria, and Roman.

Condolences from local, state, and national leaders were quick to come in.

“I join the Clark County community in mourning the loss of Judge/Executive Chris Pace,” said Senator Mitch McConnell in a written statement. “He did an incredible job advancing Clark County’s priorities and many counted on his diligent leadership. As a former county judge, I know just how important his work and passion was for advocating for families and workers throughout the region. Elaine and I send our sincere condolences to his wife, Shannon, their three children – Roman, Jack and Maria – as well as the many friends Chris cherished.”

“I join all of Clark County in mourning the passing of Judge Executive Chris Pace,” Barr said in a statement. ”Chris embodied what it meant to be a dedicated public servant and leader in our community.  I was proud to call him a personal friend. Above all, Chris was a devoted husband and father to three young children. I am praying for Chris’s wife Shannon, his mother Betty, and his three children, Jack, Roman, and Maria.  Chris leaves an extraordinary legacy that his family, friends, and neighbors should be forever proud of.  May he rest in peace and may God Bless the great community he loved and was so committed to.”

“I don’t have the right words to describe how absolutely stunned and devastated I am at the passing of my friend, Clark County Judge Executive Chris Pace,” the senator said. “He will be remembered as a loving husband and father, and a devoted public servant.  He was my brother in Christ and I will dearly miss him.  My prayers are with his wife Shannon and his children – Jack, Roman, and Maria. His vision of growth and fiscal responsibility was taking shape under his watchful leadership in Clark County. His passing is a profound and lasting loss for our community.”

“Judge Pace will be sorely missed. My thoughts and prayers go out to the entire Pace family. I would ask all to respect the family and their wishes at this most trying of times,” he said.

“The unexpected passing of Clark County Judge/Executive Chris Pace is indeed very saddening,” he said. “Our heartfelt prayers and sympathy goes out to the family. Words cannot express the sadness felt by the community. He will indeed be missed.”

Magistrate Greg Elkins said it was his honor to serve with Pace on the Court.

“This community will forever be changed because of his work while in office. Everyone that knew him knew he put his religion out front, cherished his family and loved Clark County,” Elkins said.

Daniel Konstantopoulos, who was chosen to temporarily replace Pace as county judge late Friday, said that Pace’s death “is a great loss for Clark County” and that his goal of getting the Fiscal Court to work together to bring new business to Clark County was “a great accomplishment.”