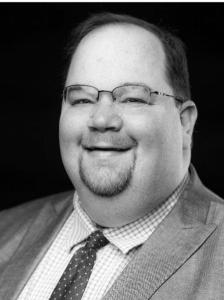 Christopher Jack Pace, 44, current Clark County Judge Executive and a beloved husband, father, son and
brother, passed away in his hometown of Winchester on Thursday, October 14, 2021.
Judge Pace was the husband of Shannon Pinkston Pace and a devoted father to two small sons, Jack and
Roman, and a newborn daughter Maria. He is survived by his mother Betty Pace, a sister Donna Gail
Baker (Dave) and a brother Donald Pace, Jr. (Shey). Chris was preceded in death by his father Donald W.
Pace.

Chris shared his life with a host of aunts, uncles, nieces, nephews, cousins and his extended family
including his mother- and father-in-law Kathy and Charlie Pinkston and brother- and sister-in law Ryan
and Lisa Pinkston.

Judge Pace was a Christian who trusted in Jesus and strived to follow Him in every area of life. He was a
member of Calvary Christian Church and was raised in his faith at First Presbyterian Church.
The true passion of Chris’ life had become raising his family in the Clark County community he loved. He
enjoyed any interaction that brought him in contact with good people, good discussions and good food.
He was the public address announcer for GRC volleyball matches, served as a youth soccer and Upward
basketball coach, and enthusiastically served as guest host of WWKY’s Mornings on Main.
Pace’s leadership extended to memberships on the Winchester/Clark County Chamber of Commerce
Board of Directors, the Sanitation Board of Directors, the Joint Committee on EMS Contracts and
Administration, the Clark County Extension District Board and the Clark County Board of Health.
The Judge also became an author after he and his mom Betty published “Republican Convention
Stories,” in 2009. Chris was the subject of Betty’s first world-wide distributed book, “Chris Gets Ear
Tubes” which has now sold over half a million copies.

Pace was a 1995 graduate of George Rogers Clark High School and was a manager of the 1991 State
Champion Clark County football team. He began his legal career working with Dixon and Juett in 2005. In
2018, Pace defeating a three-term incumbent to become Clark County Judge Executive.
During his tenure as Judge Executive, Pace was true to his promise of returning tax money to Clark
Countians. Six fiscal court taxes were cut during his three years in office. In August 2021, his fiscal court
lowered the county government tax rate by over five percent, the largest single year tax cut ever
recorded under the modern taxing structure. He also fought for and was awarded $481,000 for road
funding–the largest single allotment in Clark County history.

Funeral services will be held at 12:45 p.m. Wednesday, October 20, 2021, at Calvary Christian Church, 15 Redwing Drive in Winchester, with Pastor Mike McCormick, Representative Ryan Dodson and Pastor Brock Carlile officiating. Burial will follow in the Winchester Cemetery. Friends, family members and work colleagues will be sharing their best stories. Visitation will be held prior to the service beginning at 10:30 a.m.

Memorial donations may be made to the charity of your choice or to New Beginnings Pregnancy and
Parenting Care Center of Winchester or Upward Basketball.

Chris loved life, he loved his friends, he loved Clark County and he especially loved his family. The
darkness in our souls now will only be taken away by the light he was and the continuing guiding light he
shines for all of us. We know he is destined for eternity and we long to see him there.