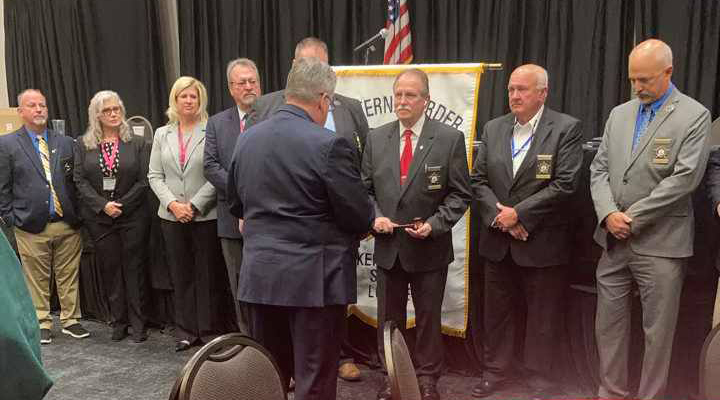 Clark County Sheriff Berl Perdue was re-elected president of the Kentucky Fraternal Order of Police this weekend, according to an online statement.

This will be Perdue’s sixth term in office. He is also the president of the Kentucky Sheriffs’ Association.

“There’s no greater honor than to be supported and elected by your peers. I’m truly humbled, honored and blessed. Thank you my brothers and sisters who hold that thin blue line,” Perdue said.

The Kentucky Fraternal Order of Police is an advocacy organization represents over 11,000 law enforcement officer statewide.