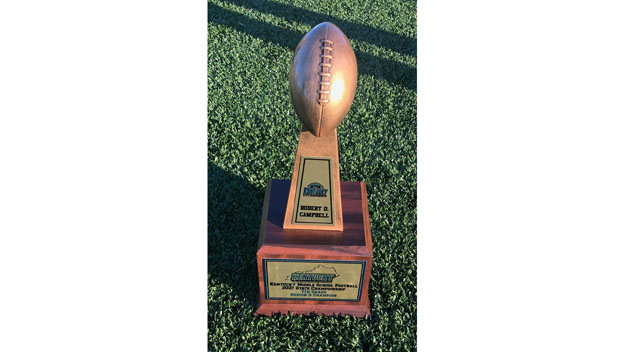 The RDC Cardinals have already won a regional championship trophy and will play for the biggest one of all on Saturday. - Photo courtesy of Robert D. Campbell Jr. High Facebook page

The 7th-grade Cardinals are in the midst of an undefeated season where they have won each playoff game by double-digit margins.

They were rarely challenged during the regular season. Only Georgetown Middle was able to keep the final score close in a 12-6 RDC victory on Sept. 16.

The Cardinals won the Bluegrass Middle School Athletic Conference crown the next month in a similarly dominant fashion, scoring over 40 points in both playoff games.

The team will face Northern Pulaski on Saturday. Game time has not been announced.