COLUMN
WHERE IN THE WORLD? The day the klan came to town 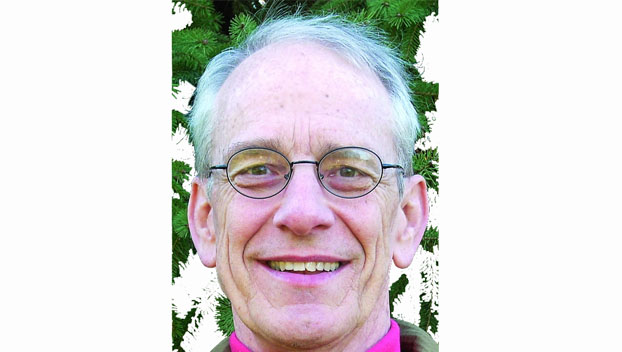 Several years before he passed away at age 101, the inimitable Mike Rowady suggested I do an article about the day the Klan came to town. He said it happened when he was a boy, he thought during the year Al Smith ran for president. In the 1928 election, Smith, a Catholic who the Klan strongly opposed, lost the election to Herbert Hoover. Going by Mike’s clue,

I scoured every issue of the Sun for 1928 and could not find a story about the rally. I searched the Lexington papers with the same result.

Several months ago I used an internet service called Newspapers.com to run the search again for the whole 1920s decade.

Bingo. Among the results was a 1924 Herald-Leader article about the “Tri-State Klan Celebration” in Winchester.

It turns out Al Smith “ran for president” twice. In 1924 at the Democratic national convention for president, 58 candidates appeared on the ballots. At the height of their power then, Klan delegates all voted against the nomination of Al Smith. In the longest running convention in history, Smith lost to John W. Davis on the 103rd ballot. Mike’s remarkable memory proved on the money again.

Mike remembered a mile-long parade that filled Main Street and that Catholic and Jewish businesses were warned to close for the day. The newspaper story proved even more surprising.

Clark County Public Library has the Winchester Sun on microfilm. The article about the rally appeared on Wednesday, July 16, 1924. The Sun “estimated that 50,000 visitors from many parts of the state were in Winchester [for] what was said to have been one of the biggest parades in the history of the Klan.”

“Citizens of Winchester turned out by the thousands Tuesday night to watch the parade of the Ku Klux Klan.” The parade began at the old fairgrounds on South Main Street and continued out Paris Pike to the farm of Ernest Allen, one mile from town.

“At 8:00 o’clock the first Klansman came into view riding a horse, also ‘hooded,’ appearing on the top of the hill of Main street overlooking the city. Slowly and majestically, he rode into view. A hired hand followed the solitary rider. Then came a brigade of hooded riders a block long. They were followed by the hosts of Klansmen on foot who seemed to stream away interminably into the distance. They marched and marched and still they came. There seemed to be no end to the parade, which was said to be well over a mile in length.” One report said that 9,000 men marched in white hoods and robes.

At intervals came “fiery crosses” painted red with small electric bulbs to give the appearance of fire. There were a number of floats, one of a schoolhouse, one of the Liberty Bell and another of a cradle rocked by masked “Mothers,” with a sign

“The Hand That Rocks The Cradle Rules The World.” There were also signs with Klan mottoes, such as “White Supremacy,” “Restriction of Immigration,” “If You Don’t Like America, There’s A Ship Leaving Every Day,” and “One School” (the Klan opposed parochial schools, which were mostly Catholic).

Following the marching Klansmen came “a brigade of the women’s auxiliary of the Klan, and they in turn were followed by many automobiles bearing Klansmen and women, and in some instances children were noted in the famous hood and mask.”

They marched and rode all the way to the 200-acre pasture of Ernest R. Allen, where initiation was held for 500 new members. The ceremony included burning three fiery crosses. This was followed by a barbeque and a speech by march organizer Rev. E. H. Lougher, nicknamed the “Kentucky jailbird,” so called for having been arrested numerous times for breach of peace.

The celebration ended at 11:00 p.m. with a huge fireworks display. With cars parked along the road for two and a half miles, it was 3:00 a.m. before the traffic jam cleared.

Historians recognize three separate Klans that existed in different eras. The First Klan (1865-1871) began in the Deep South immediately after the Civil War. It was a secret society organized by Confederate veterans seeking to restore white supremacy by violence. The Klan terrorized freedmen by whippings, beatings and murder. State and local officials refused to bring the lawbreakers to justice. By 1871 the federal government began to exert its authority and produced a dramatic decline in the First Klan.

The Second Klan (1915-late 1930s) began in Georgia shortly after release of D. W. Griffith’s “Birth of a Nation,” a groundbreaking 3-hour silent film. It was Griffith’s film that introduced burning crosses and white-robed, pointed-hooded Klansmen, which were not known in the First Klan era.

The founder, William Joseph Simmons, branded the new Klan as a fraternal organization that preached “One Hundred Percent Americanism.” In addition to keeping blacks “in their place,” the Second Klan’s version of white supremacy was also anti-Catholic, anti-Jewish, and anti-immigrant. It was most popular in the Midwest and was largely nonviolent, except in the South. At their peak in the mid-1920s, they claimed 5 million members.

Chapters received income from sales of Klan costumes, and organizers could profit from the fees paid by new members. Rallies like the one in Winchester were as much about earning income as they were about spreading their message.

After a series of sexual and financial scandals rocked the Klan in the late 1920s, the organization’s popularity declined sharply. By 1930 membership had fallen to 30,000.

The Third Klan (1950-present) was reborn during the civil rights era, mainly to oppose desegregation. Klan members were convicted of murdering children in the bombing of the 16th Street Baptist Church in Birmingham (1963) and civil rights workers in Mississippi (1964). Klan membership has declined since that time. However, the United States government still considers the Klan to be a “subversive terrorist organization.”