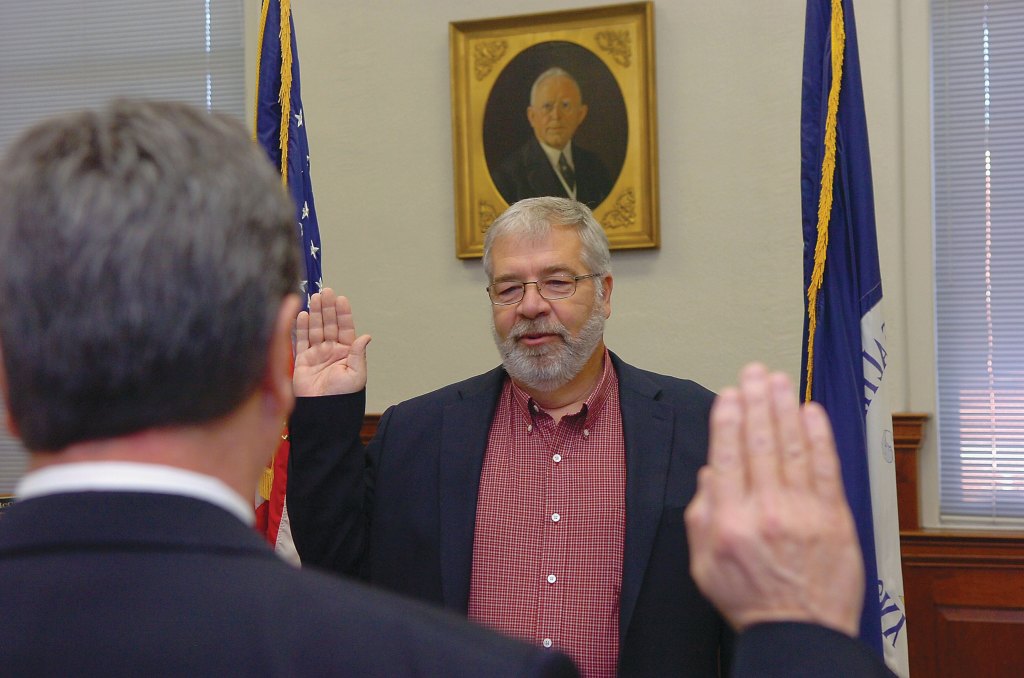 Greg Elkins took the oath of office Thursday morning from Judge-Executive Henry Branham and was officially sworn in as the fourth district magistrate on the Clark County Fiscal Court. (File photo).

A Clark County Fiscal Court magistrate has announced his intention to run as a Republican candidate for judge-executive.

In a statement emailed to the Sun Thursday, Fourth District Magistrate Greg Elkins wrote that he has filed to run for the county judge’s chair.

The Republican primary is in May 2022.

“I planned to serve another term, as magistrate, working to advance the Fiscal Court and Judge [Chris] Pace’s agenda for Clark County. The untimely passing of Judge Pace left a void in this community that will never be filled and our vision incomplete. I am now running for the office of judge-executive to finish what we started,” Elkins wrote about his reasoning for running.

Elkins wrote that there is still much to do in the areas of sanitation district development, US-60 corridor improvements, extending broadband internet access to all Clark County homes, wisely investing American Recovery Act funding, and increasing government transparency.

In the statement, Elkins described himself as “2nd Amendment, pro-life constitutional conservative” and vowed that if elected, his decisions “will be governed by those philosophies.”

Elkins was appointed to his seat on the fiscal court by Gov. Matt Bevin in 2016 and won reelection in 2018.