RDC 7th graders on the precipice of history 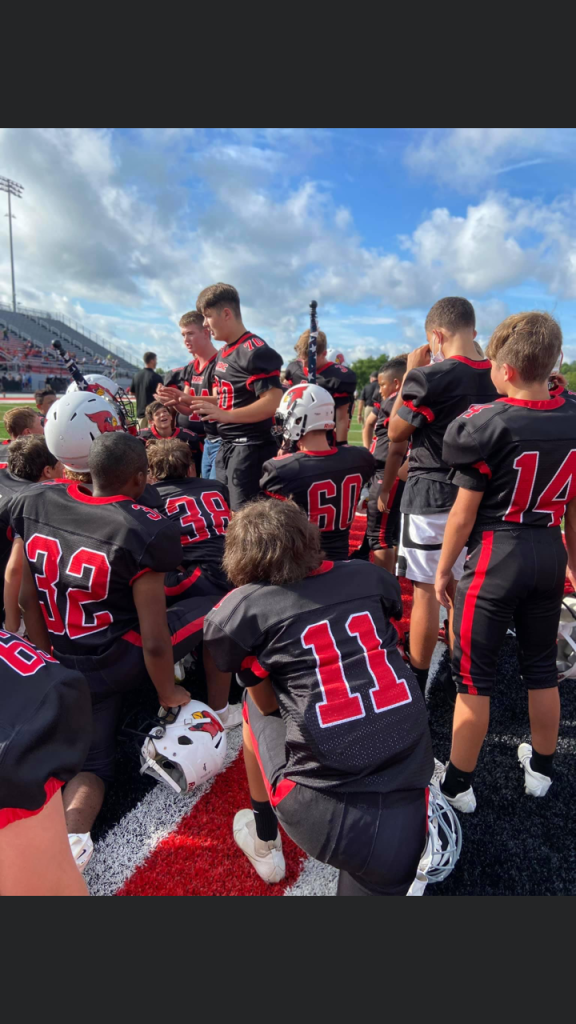 The 7th graders from Robert D. Campbell Cardinals have a chance to do something that no Clark County football team has done since 1991, bring a state football championship home to Winchester.

“It would be a tremendous honor to do that,” said RDC’s head coach, Bob Howard. “Any state championship at any level is a great accomplishment.”

Their climb to the top started before the season began.

“It all started off in the offseason when we began our offseason weight lifting. I knew something was there just by the fact that everyone that has contributed was not missing offseason workouts,” said the team’s head coach, Bob Howard. “

The team continued to have high attendance numbers for workouts going into its first 7-on-7 tournament season. After initially struggling, the team found its confidence and did well in three tournaments.

Howard said, “it was like nobody was missing” when preseason practice began.

“We knew that with the work ethic that we had that we were going to have something special,” he said.

The Card had some good fortune during the regular season.
“We got lucky,” Howard said. “We had a few injuries, but nothing major. We stayed healthy for the most part.”

The superior numbers contributed to the Cards rolling through the Bluegrass Middle School Athletic Conference.

They outscored their opponents 196-66, and the margin might have been more significant if Lexington Christian Academy did not forfeit the last game of the regular season.

The Cards were not challenged in the conference playoffs, defeating Elkhorn and Royal Spring by double digits.

Running the table in the Bluegrass Conference is no easy task.

“Our conference is usually represented well in the state playoffs,” Howard said. “Last year, Elkhorn was the state champion in their [8th grade] division. This year Woodford County made it to the [7th grade] final four.”

The Cards headman thought the conference title meant his team had a chance to win some playoff game, but their second-round victory over powerhouse Johnson Central served as a wake-up call.
“When we beat Johnson Central at home, that’s when we were like ‘Oh, we got something here,’” Howard said.

The Golden Eagles’ size worried the RDC coaching staff, but the Cardinals controlled the line of scrimmage and won by a comfortable margin.

RDC will face another massive team from the mountains on Saturday in the form of Northern Pulaski.

“They are as big as our 8th grade team, and we have a very big 8th grade team,” Howard said. “Their size is going to give us some issues. But as long as our kids aren’t intimidated, are up for the challenge, play our football, and continue to fight, then we’ve got a good shot.”

Being up for a challenge is the Cards’ north star.

“The competitive fire. They won’t back down, and they want to get better; they strive to get better each week,” Howard said about his team’s defining trait.

They have also made it a habit to stick together.

“This is a true team effort. It’s with the players because we have several good players, and it goes through the coaching staff as well,” Howard said.

Most of the Cardinals’ coaching staff played football for George Rogers Clark in high school and stress the “Team Over Me” attitude espoused by current GRC Head Coach Joe Chirico.

Chirico is no stranger to state titles. He led the Paintsville Tigers to the 202O KHSAA Class A championship.
Honor Roll

Davis, who plays quarterback and safety, was named the Region 3 Player of the Year.

Team member Tripp Cecil, who plays a year up in competition, was named to the 6th Grade Team Kentucky.
8th grader Dylan Peck was also named to Team Kentucky.