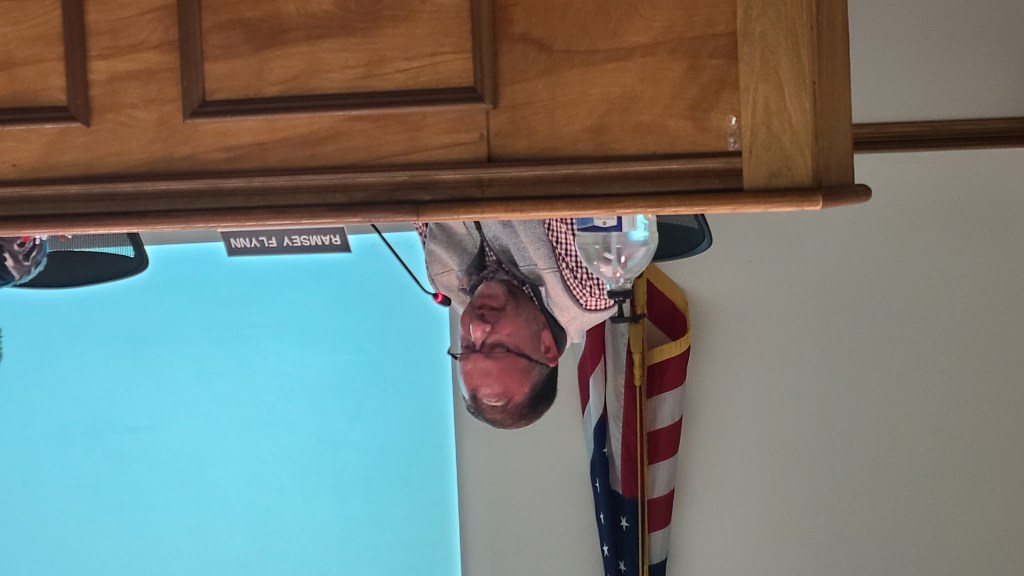 After 23 years of public service to Winchester, both as a firefighter and a city commissioner, Ramsey Flynn has decided to embark on a new chapter in his life.

The two-term city commissioner announced he will resign from office effective Dec. 31 during Tuesday’s board of commissioners meeting.

He said the reason for his sudden resignation is that he and his wife, Amy, have purchased a new home in the Somerset area and will soon move there. Per Kentucky law, a member of a city legislative body must reside in the community they serve and live there during their term in office.

“I’ve loved every minute of it,” Flynn said about his career in public service. “I want the commission and the city employees to know that I could not have worked with a better team of people in making sure our community has the absolute best services for everyone.”

He also thanked his supporters.

“I want to thank everyone in the community that supported me and voted for me in the past couple of elections,” Flynn said.

Flynn was first elected to the board of commissioners in 2018 and won reelection in 2020.

Mayor Ed Burtner expressed his gratitude to Flynn for his contributions to the community.

“I want to say I appreciate Ramsey’s service, both as a member of the Winchester Fire Department and also his time on the city commission. Neither of those two jobs are the easiest thing in the world to do,” Burtner said.

According to state law (KRS 83A.040), the board of commissioners has 30 days to appoint a new member to service the rest of Flynn’s term. If no appointment is made during the stipulated period, the responsibility will fall to Governor Andy Beshear.

Besides the residency requirements, by law, a commissioner must be at least 18-years-old and be a registered voter in the community they serve.