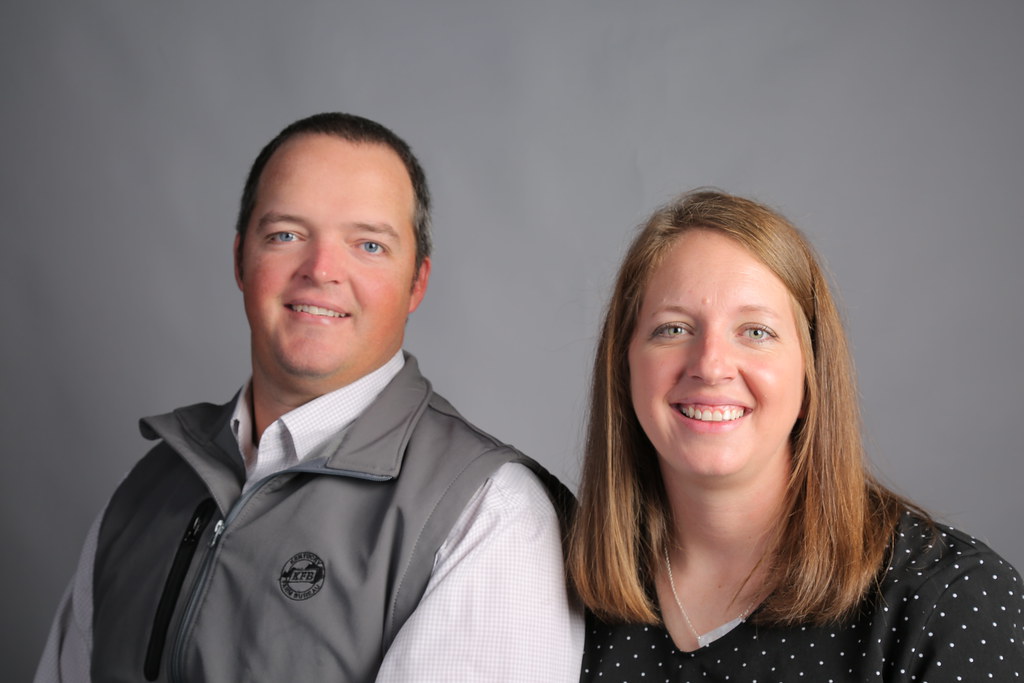 Each year, the KFB Excellence in Agriculture competition awards first, second and third place distinctions to individuals or couples under the age of 35 who contribute to, and exhibit leadership growth from, consistent involvement in Farm Bureau and other agriculture and civic-oriented organizations. To qualify, contestants must not have the majority of their income subject to normal production risks associated with farming.

The Piggs will receive a John Deere Gator, courtesy of Farm Credit Mid-America, and will represent Kentucky in the national contest at the American Farm Bureau Federation convention in January.

Donovan is employed by the Kentucky Department of Agriculture where he is a market reporter, reporting on the market sales at stockyards throughout the state. He is also a certified USDA carcass grader where he travels to processing plants to grade finished cattle for quality.

Terra is an agriculture teacher at George Rogers Clark High School. As an ag educator she has executed programs including the coordination of greenhouse sales to raise money for the school’s agriculture program, implementation of a hydroponics system to produce lettuce, and utilization of raised beds to teach about urban agriculture and growing food at home.

Second place in the contest went to Zachary Heibert of Hardin County who was awarded $400 courtesy of KFB. Clint and Erica Reynolds of Johnson County placed third and received $300 from KFB.