Buckle up, put phone down urged for Thanksgiving travel 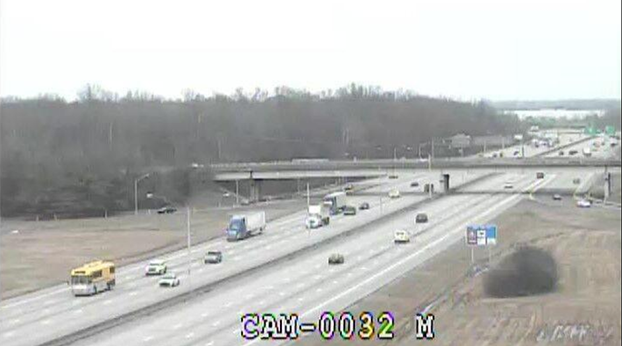 The Kentucky Transportation Cabinet’s Office of Highway Safety is sending Thanksgiving holiday travelers this year two important lifesaving reminders: buckle up and put the phone down, even with forecasts of reduced traffic.

“The upcoming holiday is one of the busiest travel times of the year, so we’re asking Kentuckians to extend their commitment to safety and health onto our roadways,” said Gov. Andy Beshear. “We believe that if all drivers practice these two simple behaviors, buckle up and put the phone down, lives will be saved.”

According to KOHS, distracted driving results in more than 50,000 crashes in Kentucky each year, more than 15,000 injuries, and approximately 200 deaths.  So, they say put down the phone and refrain from distracted driving behaviors such as texting, emailing, and phone chats.

“Sometimes even the most attentive drivers are involved in a crash caused by other drivers,” said Transportation Cabinet Secretary Jim Gray.  “That’s why wearing a seat belt is the best defense against serious injuries and death. It is your best protection against a speeding, distracted or drunken driver.”

According to KOHS, each year in Kentucky, more than half of those killed in motor vehicles are not wearing a seat belt.

You may be seeing less crowded roads during the Thanksgiving holiday weekend.

GasBuddy, a crowd-sourced fuel savings platform, reported in its 2021 Annual Thanksgiving Travel Survey that only 32% of Americans plan to travel for Thanksgiving this year.  That’s down from 35% last year, and less than half of the 65% that planned to hit the road for pre-pandemic Thanksgiving 2019.

“Drivers are contending with a rise in COVID cases ahead of the Thanksgiving holiday, when many drive to celebrate with friends and family.  Only this year, we’re also just cents away from the highest Thanksgiving gas prices ever recorded,” said Patrick De Haan, head of petroleum analysis at GasBuddy.  “With global oil demand surging this year as the pandemic has eased, we find ourselves in unfamiliar territory, some of the highest Thanksgiving gas prices on record.”

A recent national survey commissioned by the American Hotel and Lodging Association had similar results.

He added, hotels continue facing economic fallout from the pandemic, underscoring the need for targeted federal relief, such as the Save Hotel Jobs Act, to support the industry and its workforce until travel fully returns.