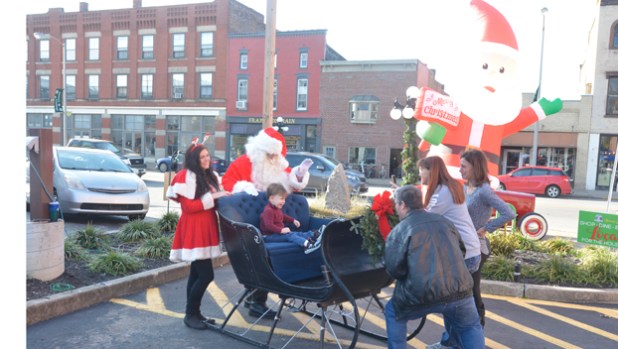 Santa Claus pulled double duty on Saturday, first appearing at the Jingle and Mingle event early in the afternoon. - Photo by Warren Taylor 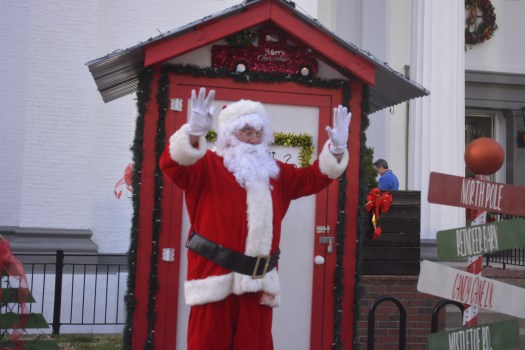 Santa showed up later in the evening to countdown to the lighting of the Christmas tree outside the Clark County Courthouse. (Photo by Warren Taylor) 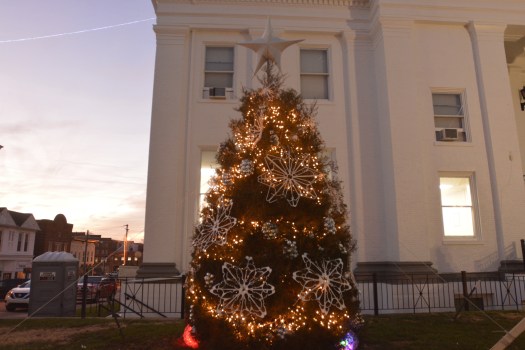 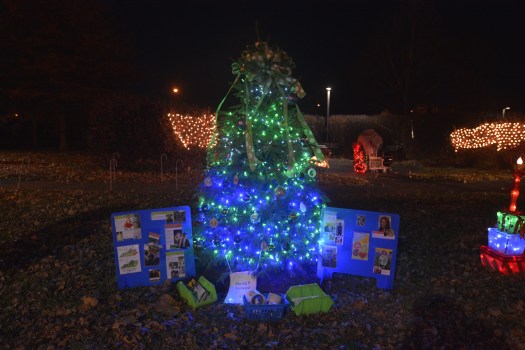 A "Pay It Forward" themed tree was one of ten candidates to choose from at the Christmas tree decorating contest at Heritage Park. - Photo by Warren Taylor 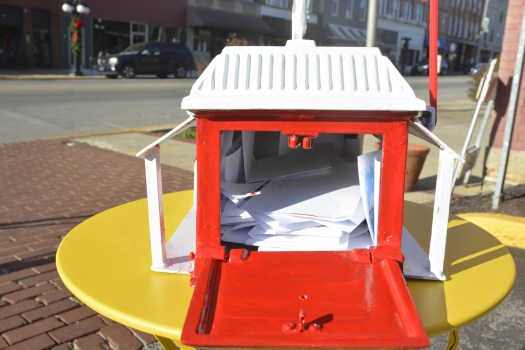 Children had a chance to write their letter to Santa at Jingle and Mingle. Of course, they made sure the mail box was full! - Photo by Warren Taylor

Even on an unseasonably warm December Saturday, it was hard to deny that the holiday season had finally arrived in Clark County.

People looking to take advantage of the lovely weather headed to the Jingle and Mingle event at the Friends Parklet on Main Street.

The event, hosted by Main Street Winchester, offered a chance to shop at various vendor booths. The main event was an opportunity for local children to visit with Santa Claus and to write craft their Christmas list for him at a special letter-writing station.

Santa returned later in the evening to help Clark County Judge-Executive Henry Branham light the Christmas tree outside the courthouse. Before the lighting, Branham read the Nativity story to the assembled crowd.

Winchester/Clark County Parks and Recreation sponsored the first-ever tree decorating contest at Heritage Park. Ten local organizations and businesses such as Trust for Life, the Bluegrass Heritage Museum and Mason on Main decorated a tree for the contest. Visitors voted for their favorites. The winners received memberships to the College Park Gym that will later be auctioned off.

The Winchester Old Fashioned Christmas parade will take place starting at 6 p.m. Tuesday, Dec. 14 and has been organized by a private group led by Lauren Frazer of Clark County Farm Bureau.

Those interested in attending are invited to line the area from Main St, starting at Hickman Ave., to Depot Street. Attendees are advised to spread out in order to follow social distancing guidelines.

The parade will be continuous with no stops. After its conclusion all invited to Deport St. to view the floats and meet up with Santa.

Anyone wanting photos of children or pets with Santa are invited to the Rural King from 1 to 3 p.m. on Saturday.

Each photo is either a $5 donation to the Friends of the Clark County Animal Shelter or a pet item donation, preferably cans of food, for the Romey Pet Pantry.

All photos will be edited and emailed by Kelsey Wells Photography.