Editorial Board Opinion: We take care of our own

As Kentuckians, perhaps we don’t agree on much, maybe basketball, but when times get tough, more often than not, the Commonwealth takes care of its own. Want proof? Look at the response to the tragic tornado outbreak that devastated several communities in western Kentucky.

The “Kentucky United” telethon hosted by the University of Kentucky athletic department raised over $3 million dollars. Law enforcement agencies in Boyle and Madison counties are donating vehicles to towns that lost much of their emergency services and police equipment. Every scroll down my

Facebook time line is filled with posts about another organization or individual going southwest to help in the recovery effort.

Winchester Sun published a pair of stories this week about local efforts to help out the tornado victims and was floored by how quickly they got off the ground and running. A Winchester scout troop collected over $3,000 in donations in the first few days of its food and clothing drive. The police department collected an entire truck full of supplies in a few days and has already delivered them to those in need. Those are the stories we know about we’re sure there are countless others that have unfolded this week.

In a week where the national media has descended on our fair Commonwealth we have shown them our best. We don’t do it for the attention. We don’t do it for a reward. We do things like this because we are united by one simple thing: the people that are hurting are Kentuckians, they would take care of us so we darn sure are going to take care of them. 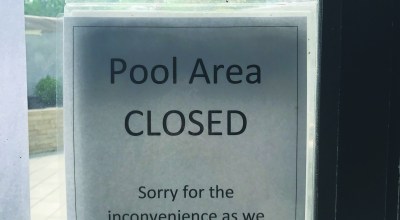 Smith: Chaos within, chaos without

Rowell’s Words: If the truth be known