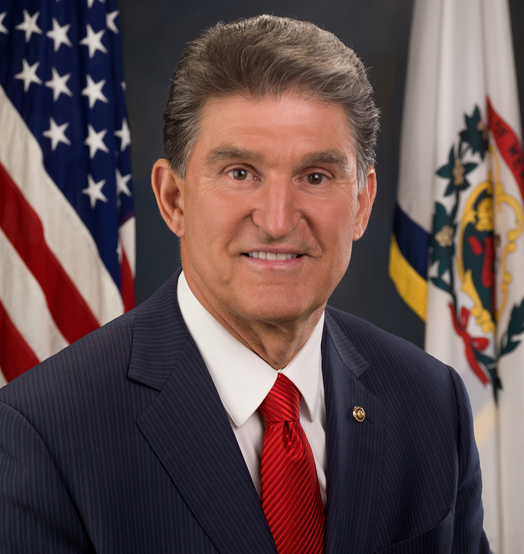 A lot has been written and said in recent days and weeks about US Senator Joe Manchin, D-West Virginia.

Other than a quick recap explaining why Sen. Manchin in his own words opposes the Build Back Better Act, I’m not going to talk about the politics or policy aspects of President Biden’s domestic agenda.

Despite the narrative preferred by the media, it’s not Manchin alone against the Democrats/Biden, but 50 Republican senators plus one Democratic senator — 51 senators — leadership doesn’t have the votes to pass this bill so it’s not one person’s fault alone why this bill appears to be stalled in the senate, perhaps indefinitely.

According to the Associated Press, Manchin said he opposes the 10-year, roughly $2 trillion bill because of his concerns about inflation, growing federal debt and a need to focus on the omicron COVID-19 variant.

“My Democratic colleagues in Washington are determined to dramatically reshape our society in a way that leaves our country even more vulnerable to the threats we face,” Manchin’s said in a statement posted Sunday to his US Senate webpage. “I cannot take that risk with a staggering debt of more than $29 trillion and inflation taxes that are real and harmful to every hard-working American at the gasoline pumps, grocery stores and utility bills with no end in sight.”

Manchin also wants the bill’s initiatives to last the measure’s full 10-year duration, according to the AP. Democrats made many of them temporary to limit the bill’s cost, which Manchin says is misleading.

“The American people deserve transparency on the true cost of the Build Back Better Act. The non-partisan Congressional Budget Office determined the cost is upwards of $4.5 trillion which is more than double what the bill’s ardent supporters have claimed. They continue to camouflage the real cost of the intent behind this bill,” Manchin’s statement said. “As the Omicron variant spreads throughout communities across the country, we are seeing COVID-19 cases rise at rates we have not seen since the height of this pandemic. We are also facing increasing geopolitical uncertainty as tensions rise with both Russia and China. Our ability to quickly and effectively respond to these pending threats would be drastically hindered by our rising debt.”

Rather than rehash national politics — who is right, who is wrong — I’m going to share what I know about Manchin whom I’ve written about extensively as a reporter in West Virginia. I covered his elections for governor and later senator in addition to a whole host of other stories about him.

Here’s my impressions of Manchin that go beyond what you see on television.

Manchin grew up in Farmington, a very small town in Marion County — a close knit coal mining community where his grandfather and father served as mayor.

Manchin’s grandfather owned a grocery store — that ancient building is still standing, at least it was when I passed through town many years ago.

Every time I drove past that grocery store, I remembered a story about how Manchin’s grandfather kept the parking lot spotless, how he would give anyone a job; how he expected his employees to work hard.

I’ll be the first to admit I learned a lot from Manchin over the years.

While I was covering an event at West Virginia University, of which I’m proud to say I am an alumnus, Manchin told a story about leadership that shaped my life. As a young man, Manchin said he aspired to take over the family furniture business. When he approached his father about wanting to take on a bigger role at the store, his father told him that first he needed to learn the business from top to bottom.

Father then told his son, “When people start coming to you for advice and to answer questions, you’ll be ready to lead the store.” Broken down into a nutshell, leadership is not about a title, it is about knowledge and a willingness to serve others, get things done.

Manchin is not going to change parties. I’ve read misleading/slanted reporting that suggests he’s considering switching over to the Republican party — that’s just not going to happen. He’s a Democrat through and through, but he’s not a West Coast Democrat — no denying that. Manchin has spent a lifetime in Democrat circles in West Virginia and he has been on the national stage since at least 2010.

Manchin is a tireless campaigner who will talk to anyone — nature of growing up in a small town in a small state. Many times as governor, Manchin would call reporters directly  — same as he did legislators and certainly constituents.  Most weekends, Manchin comes home to visit with family and talk with people near and far across the state — he does not live in a bubble as many DC types do so he knows how high gas prices hurt everyday people and how inflation is not “transitory.”

Speaking to the Build Back Better Act, Manchin said the bill would be hard to sell to the voters back home.

“I have always said, ‘If I can’t go back home and explain it, I can’t vote for it.’ Despite my best efforts, I cannot explain the sweeping Build Back Better Act in West Virginia and I cannot vote to move forward on this mammoth piece of legislation,” he said.

Many times, I’ve written about Manchin’s approach to government — his ability to reach across the aisle to get things done such as the passage of the mine safety legislation in the wake of the Sago Mine Disaster in 2006 — a blast and collapse that trapped 13 miners for nearly two days; only one survived.

Fifty-three years ago on Nov. 20, 1968, an explosion at Consol. No. 9 north of Farmington killed 78 miners including Manchin’s uncle, one of his neighbors and several high school classmates. Each year, the community remembers the tragedy with a solemn service that cuts deep into the soul. I can still hear an old woman’s mournful voice as she sang “Amazing Grace” — how that song sears the soul as it echoies off the mountain by the portal leading into the mine where there is a memorial dedicated to those who lost their lives.

Manchin doesn’t ignore partisan politics, but he is more inclined to put public service above politics and he keeps his eye on the ball so as to negotiate the best deal for not only West Virginia, but the nation.

Been a long time since I recalled interviews with Manchin after he was first elected to the senate in 2010, but I remember how he was frustrated with the senate’s slow pace and how its leadership was more driven by party politics than policy.

As such, Manchin began working behind the scenes to build a base of support composed of like-minded senators who could work across party lines to get things done. When commentators say Manchin is a moderate, they’re right. Sometimes it feels like being a moderate is not in vogue these days. Media seems to embrace firebrand lunatics more than common sense answers.

I’ll end with this — Manchin once talked about creeks in West Virginia. Certain times of the year, the creeks flood — and as the saying goes, “You don’t want to be caught up the creek without a paddle.”

Anyway, Manchin offered some advice about how important it is to be on speaking terms with your neighbor — you may not necessarily agree all the time with that person, but if the creeks start to rising and you find yourself stuck without a paddle, a neighbor who has been mistreated may be not as inclined to offer you helping hand.

In West Virginia, and the same is true with folks in Kentucky, there is an attitude that we are all in this together especially if the creeks start rising.

Well, right now, I’d say the creeks are a flooding across our nation, so it’s time to take a page out of Manchin’s playbook by respecting one another’s point of view or else we’re all be up the creek without a paddle.