Roses on the Thorn, Peacemaking in the Air 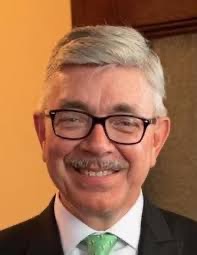 An award winning columnist, Jonathan Tobias (janotec77@gmail.com) is the Professor of Systematic and Pastoral Theology at Christ the Saviour Orthodox Seminary near Pittsburgh, PA.

You are not supposed to be punching out senior citizens on airplanes.

But that’s exactly what a former NFL cheerleader did on a Delta flight from Tampa to Atlanta. She exited the bathroom and was asked by the flight attendant to sit in an open seat until beverage service was over.

She took umbrage at being told to sit, even temporarily, in the back. So she expectorated this spray of repartee:

To which an 80-year-old male passenger, who is obviously much braver than me, told her she “isn’t Black … this isn’t Alabama and this isn’t a bus.”

Then the coup de grace: “Sit down Karen!”

That was brave but probably unwise. The ex-cheerleader, while outgassing expletives involving various body parts and functions, pounced on the octogenarian, closed-fisted him on the head, then spat on him as a final flourish.

All at 8:27 pm on Christmas Eve, while those of us in the choir were starting to head over to St Paul’s for a more appropriate observance.

“Ms Karen” was getting handcuffed about the same time I was singing “Maria Walks Amid the Thorn” with my choral friends. It’s become a favorite of the Nativity repertoire. That anthem, so lovely and luminous, sings of the quiet peace and tenderness of the Holy Mother and Child.

It’s an old German carol from the Middle Ages. When the Virgin Mary and the Christ Child pass by the bare thorns, roses bloom in winter, simply because of the Presence of this timeless and transcendent Peace.

In these Twelve Days of Christmas, we celebrate the Prince of Peace. And the only way we can celebrate this is by becoming Peace-makers. As in “blessed are the peacemakers, for they shall be called the children of God.” It appears that Christianity doesn’t make any sense unless it shows up in peacemaking. At least, if one claims to be a follower of the Prince of Peace, then one ought to be doing just that.

The levels of anger, anxiety, and depression are unprecedented in America (and, probably, the world). Last June, a number of surveys reported that 40% of adults in the United States were struggling with mental health or substance abuse. Similar surveys have found that depressive and anxiety symptoms in youth doubled during the pandemic, with 25 percent experiencing depressive symptoms and 20 percent experiencing anxiety symptoms.

The problem is with us: the fault lies with the adults.

Adult bad behavior and violent speech are rising like a thermometer in an August heat wave. Adult tantrums on airplanes are becoming so frequent that draconian consequences have had to be imposed, and flight attendants now have to be trained in self-defense and physical restraint techniques.

Even more shameful is the disgusting ease by which too many adults speak of civil war and armed insurrection – which is both inane and insane. If you press me as a clergyman, I will eventually say that such stuff is utterly sinful and evinces the spirit of antichrist.

People – big and small, old and young – are getting sick not only by the coronavirus (which is real), but spiritually by the virus of anger and hate.

What we need now are peacemakers. All of us in this community, in our nation, and in our world, need to say less and think more, and utterly repress our aggressive urges. We need to recognize people as fellow humans made in the image of God. We need to remember the words of the Prince of Peace:

And that applies to the entire human race. Indeed, even to all creatures great and small.

Is it too much to expect that wherever we go, “roses will appear upon the thorns”? Simply because we too should bear the Presence of this timeless and transcendent Peace?

Even in the air?

An award winning columnist, Jonathan Tobias (janotec77@gmail.com) is the Professor of Systematic and Pastoral Theology at Christ the Saviour Orthodox Seminary near Pittsburgh, PA.