Milot’s Musings: The Challenge to Our Rights 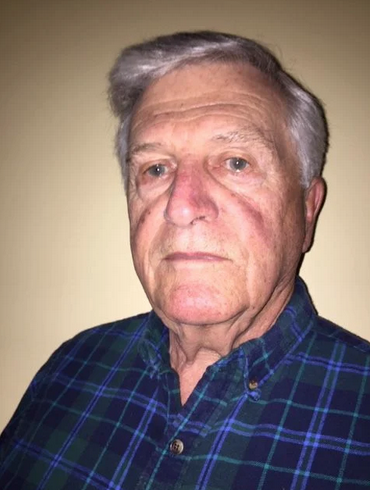 The Bill of Rights was added to the U.S. Constitution 230 years ago last December.

James Madison, the Constitution’s principal author, actually opposed the addition initially, insisting that the Constitution as written covered our rights adequately.
Others disagreed, and some founders even refused to add their signatures to the document without the spelling-out of certain rights.

Madison finally came around. After his election to the nation’s first Congress in 1888, he proposed twelve amendments to the Constitution. Congress approved ten of them on September 25, 1789, and the states ratified them on December 15, 1791, thus making December 15th the day we celebrate as the anniversary of the signing of the Bill of Rights.

The freedoms guaranteed under the Bill of Rights make this nation unique in the history of the world. Unfortunately, they have come under attack by those who would fundamentally change the way we live and govern ourselves.

The Second Amendment, which gives people the right to bear arms, has been under constant assault by the left. But attacks on the freedoms spelled out in the First and Fourth Amendments threaten our nation’s very existence as a free country. And these attacks are led by the very people who swore an oath to serve and protect the Constitution.

It took a Chinese import, the Covid-19 pandemic, to expose the president and many blue state governors as petty despots. Let’s remember that when they issued edicts prohibiting congregations from worshiping in their churches, those edicts were in direct violation of the free exercise of religion, the very first freedom spelled out in the Bill of Rights.

When they shuttered restaurants, bars, gyms, and stores and arrested and fined those who refused to comply, they violated the Fourth Amendment’s “right of the people to be secure in their persons…against unreasonable searches and seizures.”

Then came vaccine mandates. Trump’s Operation Warp Speed made vaccines available. Americans, especially the most vulnerable, lined up to get the shots. But many decided not to. President Biden called them enemies.

Dr. Anthony (“I represent science”) Fauci said it best: “There comes a time when you do have to give up what you consider your individual right of making your own decision for the greater good of society.”

And there it was: citizens did not have the right to decide not to get vaccinated, for whatever reason. Unvaccinated healthcare workers, pilots, servicemen, and other essential workers were fired; the administration issued unconstitutional mandates affecting government workers and contractors, plus companies with 100 or more employees. Religious exemptions denied!

Media propagandists, making a mockery of the Freedom of the Press, fell into line, as did Big Tech. Facebook and Twitter censored anyone, even members of Congress, who challenged the “science.” Freedom of speech denied!

And let’s not forget another freedom cited by the First Amendment. When many school districts claimed the right to teach critical race theory and others allowed biological boys to use girls’ restrooms and to compete in women’s sports, parents like the ones in Loudoun County, Virginia, came to meetings to protest school board policies. They were shut down and some even hauled away.

The “right of the people peaceably to assemble…and petition for a redress of grievances” denied!

If Madison were alive today, what would he say about petty tyrants denying us the basic rights our founders fought so hard to secure? The Bill of Rights spell out the freedoms Americans have enjoyed for 230 years.

Do we need another revolution to restore them?