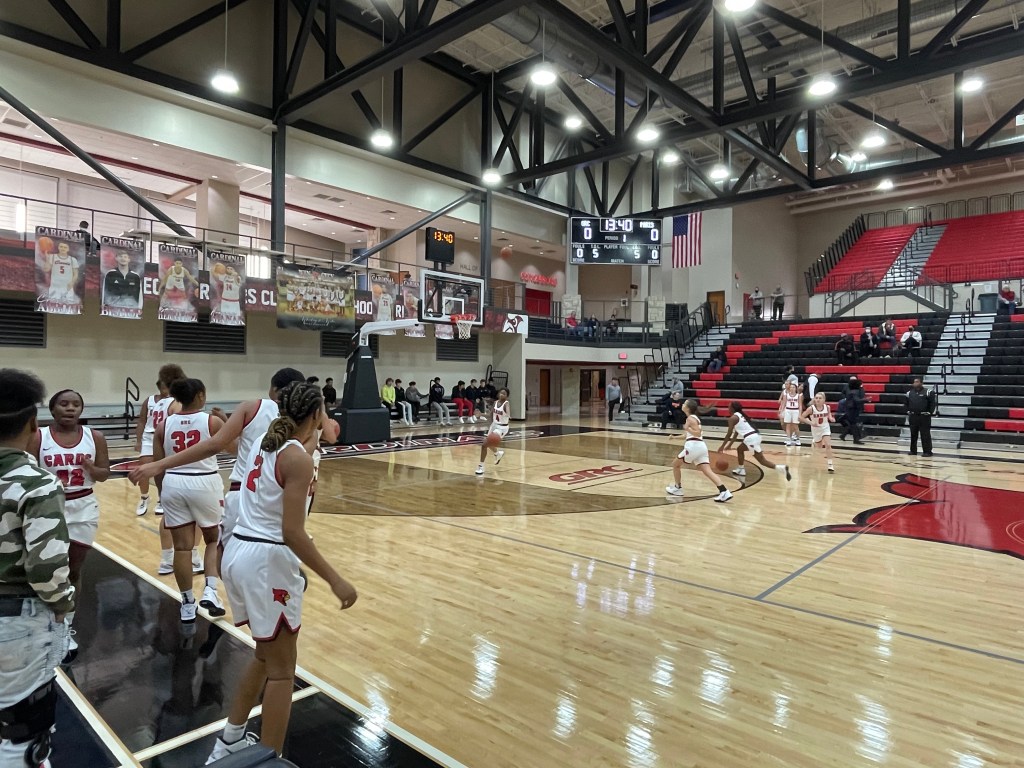 Lady Cards cheer on their teammates as they move the ball down the court toward the basket as they defeat the Paris Lady Greyhounds 50-31 in front of a home crowd Tuesday at GRC Arena. (Photo by Matt Cizek)

GRC Boys’ Basketball
In their opening game of the year 2022, the Cards defeated the Paris Greyhounds 89-21 on Tuesday night.

They had nearly a 60% field goal shooting percentage, with a game-leading 16 points from Trent Edwards and 15 points from Jerone Morton. Twelve players in total scored while others saw in-game action.

On Saturday, the Boys team will take on Paul Laurence Dunbar in the Tim Short Automotive Classic. The Bulldogs (6-6) have won three of their last four games following a short slump. Next Tuesday, they will take on Bourbon County (2-8) in a game that could see multiple players take the court.

GRC Girls’ Basketball
The Girls Basketball team began the 2022 portion of their season with a 50-31 win Tuesday night against Paris, who entered on a five-game winning streak. They were able to break out with 20 of their 50 points in the 4th quarter, as Brianna Byars led the Lady Cards with 20 total points. They forced just as many turnovers from the Greyhounds.

The Lady Cards will be home Friday night to take on Simon Kenton, who enter with a 7-6 record. After already surpassing their win total from the 2020-2021 season, the Lady Pioneers appear to be a much-improved squad. Afterward, they’ll take on 4-8 Bourbon County next Tuesday, as the Lady Colonels seek a return to the win column.