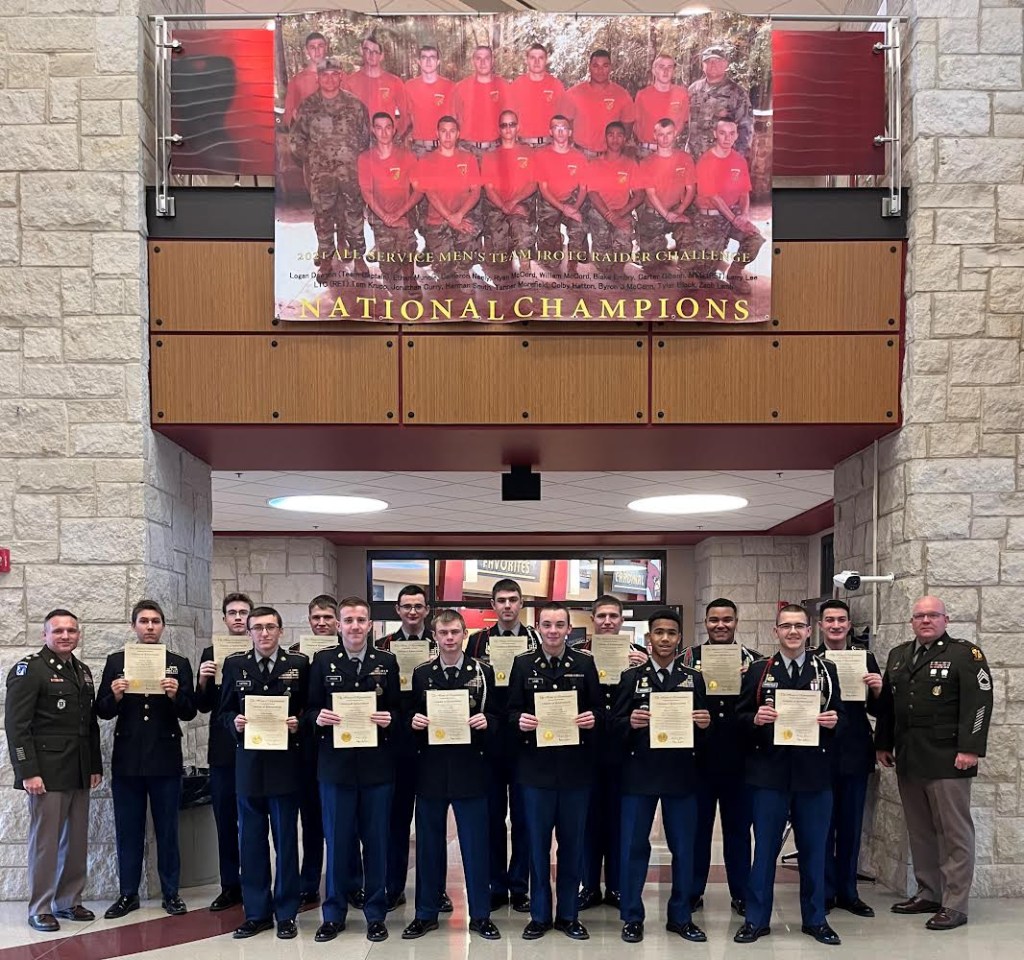 “All team members received their certificate and were very appreciative of the recognition! The support and recognition that we have received from the community has been greatly appreciated!,” Master Sergeant (retired) Larry Lee said.

Twenty-six cadets with GRC’s JROTC team competed in the All-Service Raider Nationals in November at the Gerald Lawhorn Scouting Base in Molena, Georgia. The men’s team came in first overall in the nation, and the women’s team came in fourth overall.

“I’m so proud of these guys for their hard work and dedication to excel. These guys along with our girls team have made Clark County proud,” Dotson said after the ceremony Wednesday (Jan. 5) at the high school.