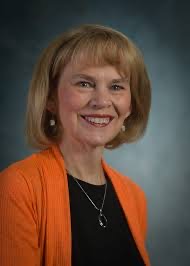 GEORGETOWN, Ky. – The board of trustees of Georgetown College named Rosemary Allen, Ph.D., as its new president. She is also the first female to service as president of the 193-year college.

In making the announcement last week, Robert L. Mills, chairman of the College’s board of trustees, said, “Dr. Rosemary Allen was the clear choice as Georgetown’s next president. Through her longstanding commitment to Georgetown—first as a faculty member and later as Provost—she has demonstrated with distinction the outstanding qualities we desire in a president to lead this school.”

Mills noted some of the many accolades and accomplishments Allen has achieved at Georgetown during her distinguished career.

“Dr. Allen received the Rollie Graves Award for Innovative Use of Technology in the Classroom, the John Walker Manning Distinguished Mentor and Teacher Award, Henlein and Goode Grants for Faculty Development, the Trustees’ Incentive Grant, and the Cawthorne Excellence in Teaching Award. Her work also has been acknowledged by other organizations and institutions, including Who’s Who Among America’s Teachers, which has recognized her in multiple years, and Vanderbilt University where she was named a Harold Stirling Vanderbilt Scholar and received the Edna Mae Wilson Grant.”

Acknowledging her appointment, Allen said, “Georgetown College has been my home, and the College community has been my family, for nearly 38 years. I will do everything in my power to protect and advance this College, and I am deeply honored by the opportunity to serve as its 26th President.”

Since 2004, Allen has served as the Provost/Dean of Georgetown College—the first female to do so— administering graduate and undergraduate academic programs, as well as all academic support functions. A professor of English, Allen has taught students in the classroom and served as faculty advisor for the Fulbright Program where she has mentored 38 grant recipients since 1990.

Allen also has been Georgetown College’s institutional liaison to the Southern Association of Colleges and Schools Commission on Colleges (SACSCOC), which is the accrediting body for degree-granting higher education institutions in the Southern states. She was the founder and chair of Georgetown’s Honors Program from 2001-2004. Allen also has been the chair for the department of English, chair of the division of humanities, and faculty advisor for The Georgetonian student newspaper. She also has been the College’s faculty representative to the board of trustees, coordinator of the faculty forum, and twice served as acting president of the College.

Clifford F. Wargelin, professor of history who also serves as the chair of the Georgetown College faculty said, “Having known Dr. Allen as a colleague, friend, and supervisor for more than 26 years, I am delighted to learn that the Trustees have rewarded her long-standing loyalty and service to this institution with the presidency of Georgetown College. She brings stability and great ability to this position at a crucial time.”

Allen, a native of Frankenmuth, Michigan, completed her undergraduate studies as valedictorian in the honors program at Hillsdale College, earning a double major in English and history. Her graduate and post-graduate degrees are from Vanderbilt University, with an M.A. and Ph.D., both in English literature, with specialization in Renaissance literature.