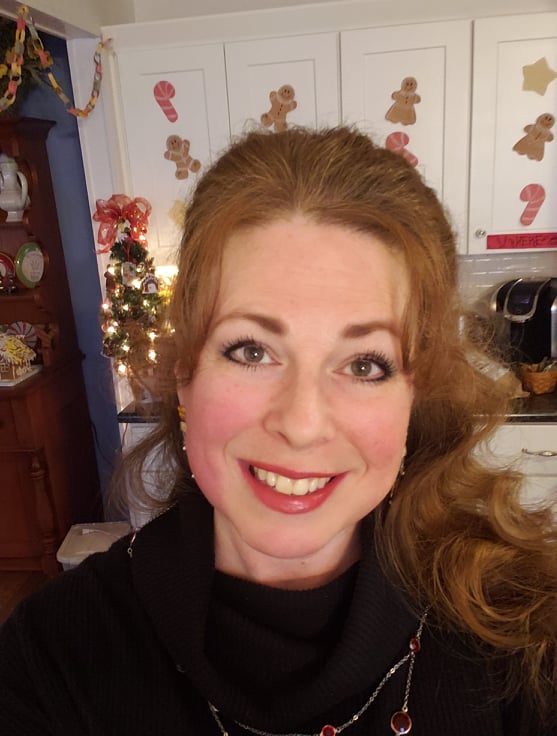 Caron Massey is a resident of Winchester.

I would like to introduce you to my friend, Caron. Although she is a sassy red-head and tough as nails when it comes to handling the hard situations, she is very much a gentle spirit and loves her Jesus with all her might. She is fearless when it comes to speaking about Him and how important it is that we follow HIS mission of saving the lost. She believes in His mission so courageously that she wrote a book about drawing closer to Him and ALL the proceeds are going to YWAM Living Rivers Missions. You can find Caron and the book at In The Stillness Facebook page.

Caron Massey writes:
When I first decided to write a book it was not something I was excited about or even thought I could accomplish. I actually thought there were already plenty of books on the subject, so why would anyone need or want mine?

A little about myself…

My husband Mike and I have been in missions with an organization called YWAM, Youth With A Mission for 19 years. At the time we went into missions it wasn’t a dream or desire, but a calling. We both had developed a daily prayer life and relationship with the Lord, but being a missionary was not on our grid. We were active in our church, raising a family and happy in our daily routines. It wasn’t until Mike lost his job due to layoffs that we knew a huge change was coming.

We spent months praying and seeking God’s heart for our lives. The Lord began the shift within our hearts and minds that would change us forever. After 9 months of hardship, we simply said, “Yes Lord,” as He tugged on our hearts to leave a 9-5 job, our home, families and beautiful KY to serve Him full time. We had two little boys, and were very involved in church. Of course, when I say “we simply said, YES LORD,” it wasn’t that our leaving for Missions was simple. It was that after we had come to the end of our agonizing over the decision and wrestling with God about the process of leaving, then finally laying it all at the feet of Jesus.

The moment of surrendering to a new lifestyle for Him was then simple. We’ve spent the last 19 years being in missions. We ran a missions training base out of Kansas City, MO where we ran Discipleship Training Schools. As we saw the growing disasters around the world, we also began training people for Disaster Response, certifying them for ground zero debriefings. We homeschooled and traveled the world sharing the love of Jesus. We raised two sons on the mission field who are now married with children, and we are still raising our third son. We’ve seen and heard a lot of horrible stuff, and we’ve had real hardships to overcome.

Yet, nothing compares to the witness we’ve had of the faithfulness of God, His goodness in times of need and His never ending love and compassion. So why a book?

I had always taken my relationship with the Lord for granted, and didn’t realize until on the mission field that even though there were lost people in the world who needed salvation and to know the personhood of Jesus, no one was more needy than the Christians themselves. In our busy world I saw discipleship becoming a lost art as few want to take the time to really mentor or help guide those who’ve received the Lord as their Savior into a deep personal relationship with Him.

Even though I had seen real poverty, devastation in war torn countries, and more, I saw there was no greater need than for God’s people to be able to recognize and hear His voice speaking to them. This one area within the Body of Christ was the most needy because without it being developed, there is a lukewarm church that can’t walk into its calling, know its identity, or help a desperate world find its true Helper. I saw that if Christians could walk out Psalms 46:10 then we could change the world and defeat our real enemy.

Learning to be still in the presence of God is an awesome adventure that is far from just praying. Communing with the Father God, His Son, and Holy Spirit is the destiny of every believer as He awaits to show you amazing and exciting things. To recognize His voice in the midst of a chaotic world that is constantly pulling on us is a fundamental right that ANY Christian can do. To know Jesus is to know and experience a real life.

Oh how He loves us!

So, the Holy Spirit prompted me to write a book called “IN THE STILLNESS, A Prayer Journey to Hearing the Voice of God.” It took me some time to get past my insecurities, and to realize that it was all about Jesus and what HE wants to say through me, and nothing at all about my limited capabilities. He has something unique to say through all of us.

IN THE STILLNESS shares the simplicity of having a relationship with Jesus, my own journey, and the many ways He speaks to us. It also shares the things in our lives that can keep us from hearing His voice and that get in the way of our relationship with Him.
It’s a simple read for people of all walks and journeys, and will encourage anyone who reads it. I say this in the humility and fear of the Lord, His presence is upon it, and He receives all glory and credit.

I personally have nothing to offer, only Jesus.

I thank you for reading this little write-up. I pray for you, that the Holy Spirit is tugging at your own heart and encouraging you to go deeper with Him.

His life is worth your living. If you’d like to read In the Stillness, a prayer journey to hearing the voice of God, please visit the website, IntheStillness.org.

Books will also be COMING SOON on Amazon.

Caron Massey is a resident of Winchester.