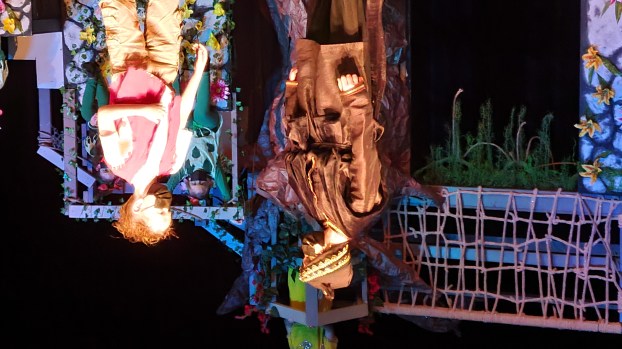 Bageera (Jack Swart) spends most of the show trying to convince Mowgli (Brody Schmieg) to return to the world of man. (Photo by Warren Taylor) 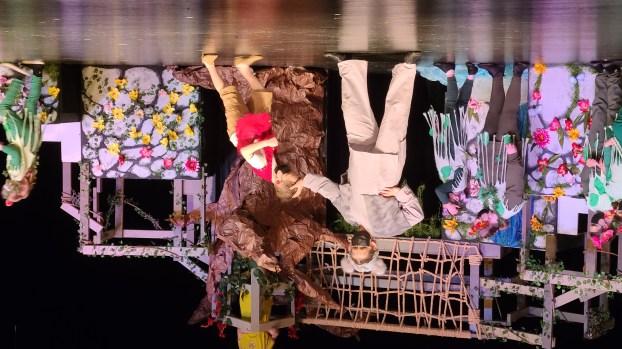 Baloo (LauraKate Campbell) is the only one who can put Mowgli in his place. (Photo by Warren Taylor) 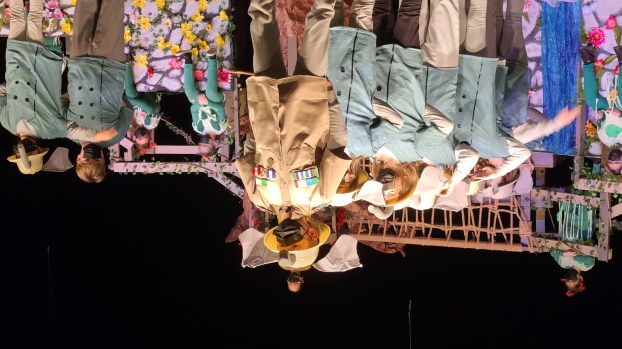 Colonel Hathi (Hunter Ward) has his regiment of elephants in perfect formation. (Photo by Warren Taylor) 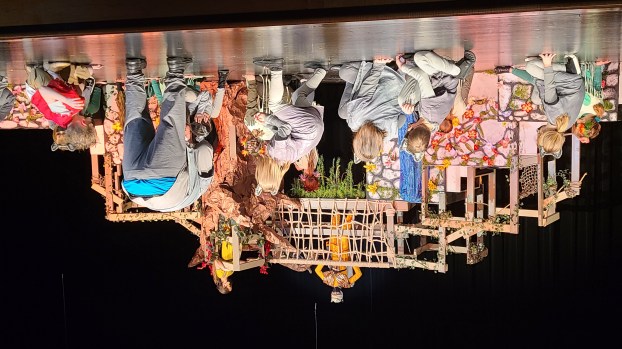 Nothing has the jungle dwellers more afraid than the ferocious Shere Khan (Autumn Stewart). (Photo by Warren Taylor)

Collin Berner has the lowdown on the “bear necessities” of Shearer Elementary School’s ninth annual student musical, “The Jungle Book”.

“So, I think for us returning to live theatre, it was really important for us to pick one that was going to be a big, fun, energetic show,” he said about the show’s selection.

Berner is in his 16th year teaching music and is glad his students are back in front of an audience after COVID-19 made last year’s performance virtual only.

“We had a musical production last year, but due to COVID, we had to do a production that was without an audience. We had to film all the scenes and paste it all together and put it online,” he said. “The kids did a great job, but it is not the same as doing it in person.”

Tickets are $8 for adults and $6 for children. Any Clark County Public Schools teacher, police officers, firefighters, and current or ex-military personnel will receive a two-dollar discount with a valid ID.

Meet Some of the Cast
If any character has the wayward Mowgli’s best interest in mind, it is Bagheera the panther played by 4th-grade student Jack Swart.
“He always tries to take care of Mowgli, like if he is gone, then he freaks out,” Swart said.

Swart admires the “creative” dance steps that Mr. Berner and Ellie Miller from the Leeds Center have developed but is nervous for his opening night when he opens the show by running down the aisleway.

“I love Baloo because he is so loose and fun, and he doesn’t care what other people think,” Campbell said.

And while playing Baloo is fun for Campbell, she said that learning her lines was not easy but that getting to act with her schoolmates made it worth it.
Hunter Ward likes to be a leader and gets to play one as Colonel Hathi, the commanding officer of a regiment of jungle elephants.

“I get to lead my elephants to success and accomplishment,” he said.

Like Campbell, Ward loved getting to act with his classmates and enjoyed learning his dance moves.

“My favorite thing is I get to socialize with other people and I get to act with them. It’s so fun,” she said.

Kindergarten student Emmonhi Hill plays the Baby Elephant, and not only does she get to pretend to be one of her favorite animals, but she gets to jump a lot.

The only drawback to her experience as a junior thespian is when she is not on stage.

“I think I have to sit and then be quiet; that’s boring,” Hill said.

Campbell had this to say to the community: “People should come see the play because it is an awesome show put on by Shearer Elementary students, and they are so productive and put a lot of hard work into the show.”

Swart said he hopes the show will amaze audiences.