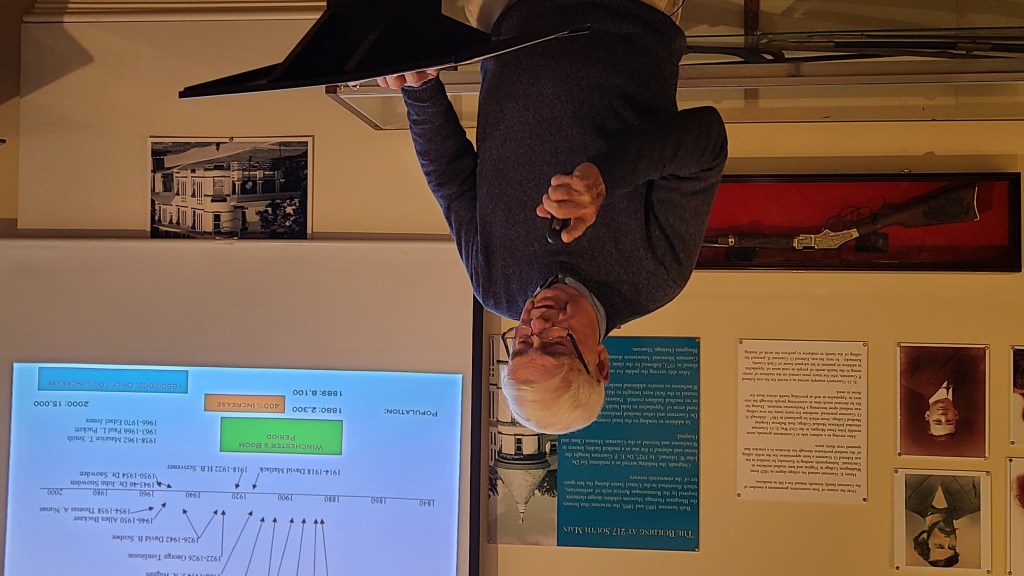 Three downtown churches, the Carnegie Library at College Park and Winchester City Hall, all have one thing in common: the same man oversaw their construction.

Newton Powell, a contractor and builder, had a prolific career that was the subject of local historian Jerry Cecil’s lecture at the Bluegrass Heritage Museum’s Second Thursday program last week.

Building may have been in his blood because anecdotal evidence suggests that some of Powell’s forebearers were stonemasons who laid the foundation for the original Clark County Courthouse.

“So it is not surprising that Powell would enter the construction business. First as a carpenter, then a builder and finally as a contractor,” Cecil said.
Powell was born in 1860 in Clark County. When he died in 1938, he had served as president of the Bluegrass Realty Company, been elected to two terms on the city commission, and according to his obituary, “constructed more churches and businesses houses in Winchester than any other person.”

Cecil said that what made Powell unique was that not only did he live through so much of Winchester’s history, but that he dedicated his career to creating “things that last”.

The first church that Powell oversaw the construction of was First Christian Church. The project was completed in 1909.

Next, he oversaw the construction of St. Joseph Catholic Church’s current home, which was completed and dedicated in 1910.

Powell added First United Methodist Church to his portfolio in 1923 and then a major renovation to Central Baptist Church in 1925.

“They still stand today as a testament to his knowledge and skill,” Cecil said.

Besides church building, Powell oversaw the construction of Winchester’s current city hall in 1912 and in 1913 won the contract to build what became the Carnegie Library in College Park.