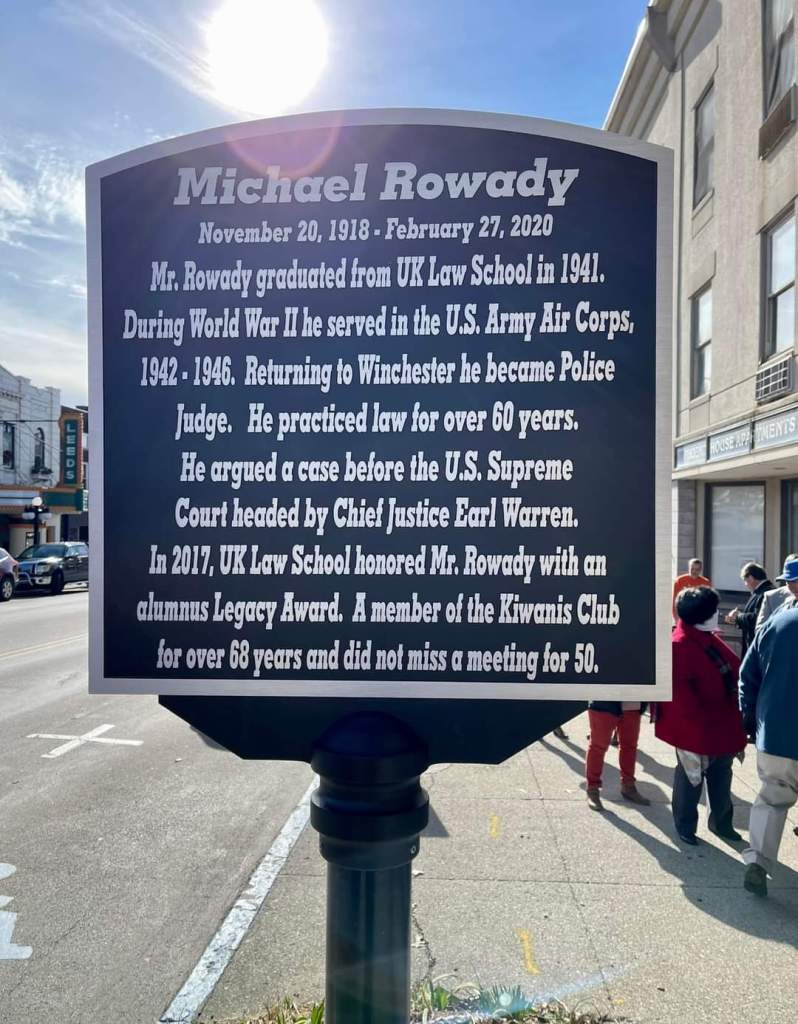 The Clark County-Winchester Heritage Committee installed a plaque honoring the late Michael Rowady in a ceremony held on Thursday.

The plaque is located in front of 50 N. Main Street, the address of the building where Rowady grew up. The original building is long gone, though, and Phoenix House Apartments presently occupy the lot.

Rowady was born in 1918 to his Lebanese-immigrant parents, Alex and Rose Rowady, and had six siblings.

He graduated from Winchester High School in 1935 at the age of 16 and matriculated to the University of Kentucky. He received a bachelors degree from UK in 1939 and graduated from its college of law in 1941.

Rowady enlisted in the U.S. Army in 1942 and served in the Judge Advocate General’s Corps, and had assignments on four continents.
After his discharge, Rowady returned to Winchester and embarked on a distinguished 60-year legal career that saw him serve as the Master Commissioner of the Clark County Circuit Court and argue cases before the United States Supreme Court.

Rowady and his late wife, Alma, had two children and two grandchildren. He was a long-time member of the Kiwanis Club of Winchester and St. Joseph Catholic Church.