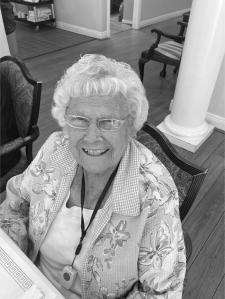 Alma Sharp Jones, 93, widow of Roy Jones, went to join her family with the Lord Monday, January 24, 2022. She was born on April 26, 1928, in Clark County to the late Pearl Edes and William Andrew Sharp. She was retired from South Central Bell and was a member of the Telephone Pioneers Club. She was also a member of the First Church of God.

Services will be 1:00PM Friday, January 28, 2022, at Scobee Funeral Home. Burial will follow in the Winchester Cemetery.

Visitation will be 11:00AM until time of service.