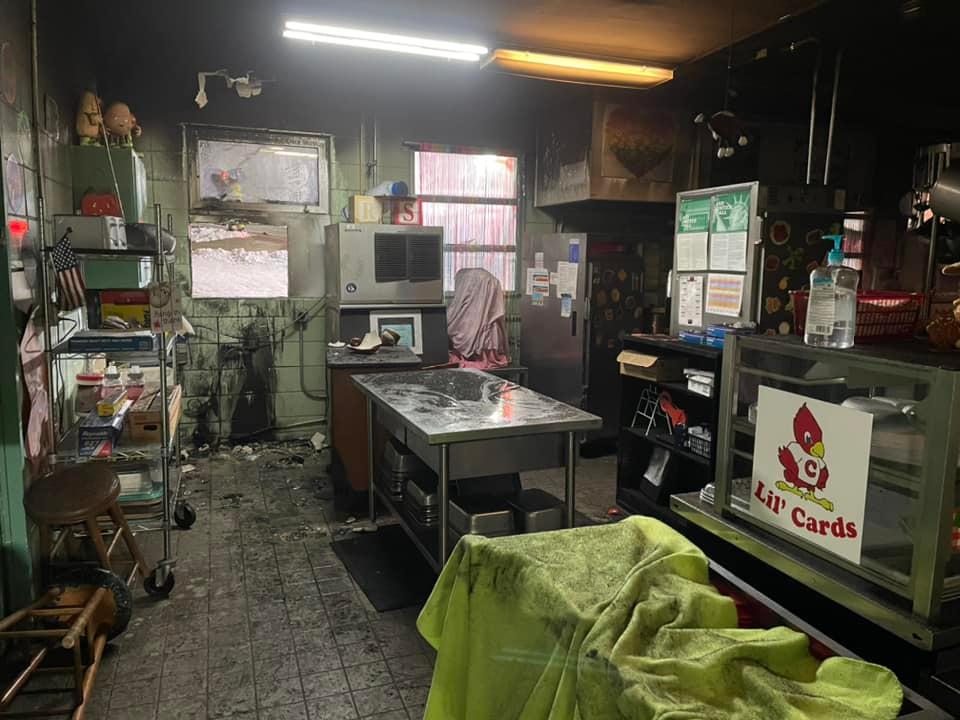 The damage to the kitchen at the Clark County Preschool was cosmetic primarily, according to Superintendent Molly McComas. (Submitted photo)

Over two weeks ago, a fire closed temporarily closed the Clark County Preschool, and according to Superintendent Molly McComas, things are back to normal for the littlest Cards.

“We had our kids back in our schools. So they are happy to be back in their classrooms. We are still feeding kids out of the cafeteria,” McComas said.
Local fire crews responded to an alarm shortly after midnight on Jan. 19 at the schools’s Beckner St. location. The crews discovered that a heating and air unit caught fire and spread to the kitchen area, which sustained smoke damage.

McComas said that the cause of the fire is still under investigation and that central office had started procuring new kitchen equipment.
Until then, food preparation for the preschool will look a little different.

“We are satellite prepping, McComas said. “So we are using RDC or GRC. Our technology department is letting us use their van, so we are bringing the food over to the preschool.”

She said the situation is not ideal, but the important thing is that the students and their parents are happy they are back in the building.

McComas also had high praise for the fire department.

“The fire department did a great job. They came in and got it controlled. There was a minimal amount of water, so we didn’t have a lot of extra electrical damage to things.”