Cats win tough game against Vandy; Cal glad to be done with Commodores 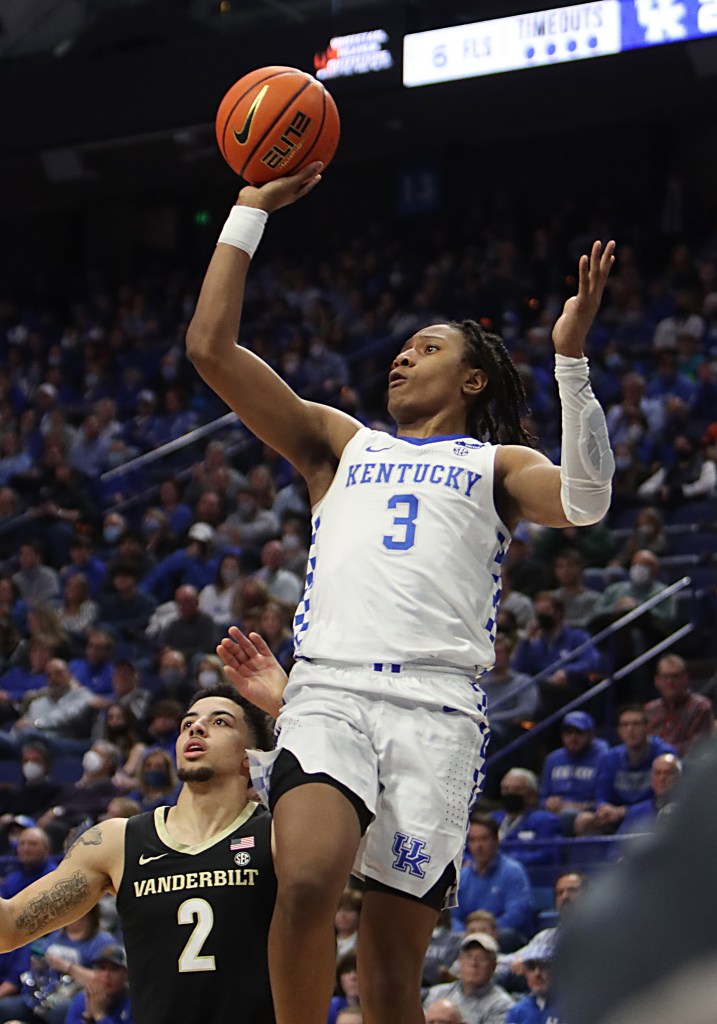 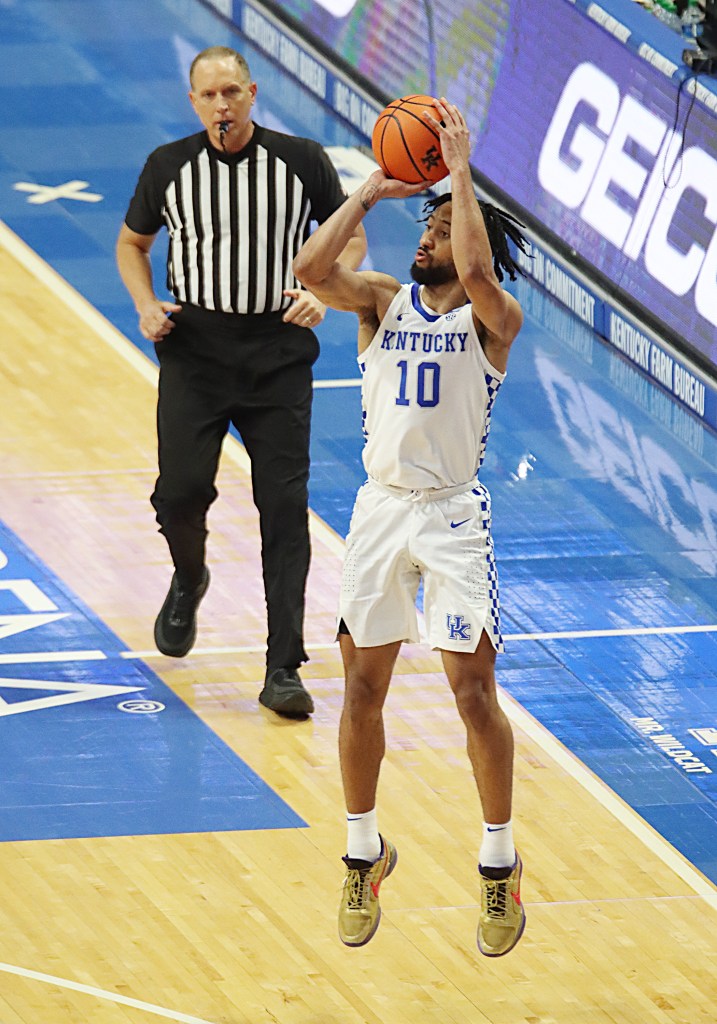 “‘I’m glad we’re done with playing them,” Calipari said. “They’ve got the big kid now, they have another guy with size who can play. We’re done. If we see them again, it will be in the tournament. I hope we don’t see them in the tournament.”

The Wildcats (18-4, 7-2 Southeastern Conference) completed a regular-season sweep of the Commodores with a 77-70 victory Wednesday night. The gritty Commodores (11-10. 3-6) pushed No. 5 Kentucky around in what will be another learning experience for the Wildcats.

Kentucky defeated Vanderbilt 78-66 on Jan. 11 in Nashville, but had a tougher time this time around, mostly because the Commodores took a different approach to the contest.

Surprisingly, Vanderbilt used a rugged approach in an effort to wear down the Wildcats and the Commodores almost succeeded. Kentucky leading scorer Oscar Tshiebwe was called for a flagrant foul in the first half. Overall, 44 fouls were called between the two Southeastern Conference foes, including 26 against Vanderbilt.

“It was a really physical game.” Calipari said. “You look at the numbers and wow! We win the game, we move on to the next game. … there were things that went on and I’m trying to protect my players. I didn’t want anybody to get hurt. … It was a physical game, but it is what it is.”

Kentucky’s players agreed the game was more physical than the first encounter between the two teams.

“It was a pretty physical game,” Kentucky forward Keion Brooks said. “You could tell just by watching. I don’t know how many fouls were called, but we got pushed around a little bit in some areas and some spots. .. We’ve got the film and we need to stash that away. We don’t want other teams to try to come in and think they can push us around.”

Despite the pushing and shoving, Kentucky got a big performance from veteran Davion Mintz, who led the Wildcats with 21 points. Mintz knocked down four of Kentucky’s eight 3-pointers, collected two steals and dished out a pair of assists. Mintz made several clutch shots and grabbed an offensive rebound on a missed free throw by Tshiebwe that resulted in a basket by TyTy Washington.

It was that play, not his field goals, that drew praise from Calipari.

“That was a big play,” the Kentucky coach said.

Following the performance by Mintz, Washington was one of the first players to congratulate his veteran teammate.

“That’s what this team has been (about this season),” Calipari said.

Building on his career-high 27-point performance at Kansas last Saturday, Brooks continued his recent surge with 20 points and four rebounds.

“They were all big,” Calipari said of Brooks’ baskets. “He made three jumpers that were huge.”

Kellan Grady followed with 12. Despite the foul woes, Tshiebwe managed a double-double with 11 points and 17 rebounds.

Vanderbilt standout Scottie Pippen Jr. led all scorers with 33 points. The son of former Chicago Bulls standpoint Scottie Pippen tallied 32 in the loss to the Wildcats earlier this season at Memorial Gymnasium.

“He plays great against us and he always has,” Calipari said. “The kid probably averages 30 against us. He (probably) wishes he played against us five times a year.”

Despite Pippen’s success, the Wildcats have won the battle each time, even a rock fight that ensued Wednesday night.