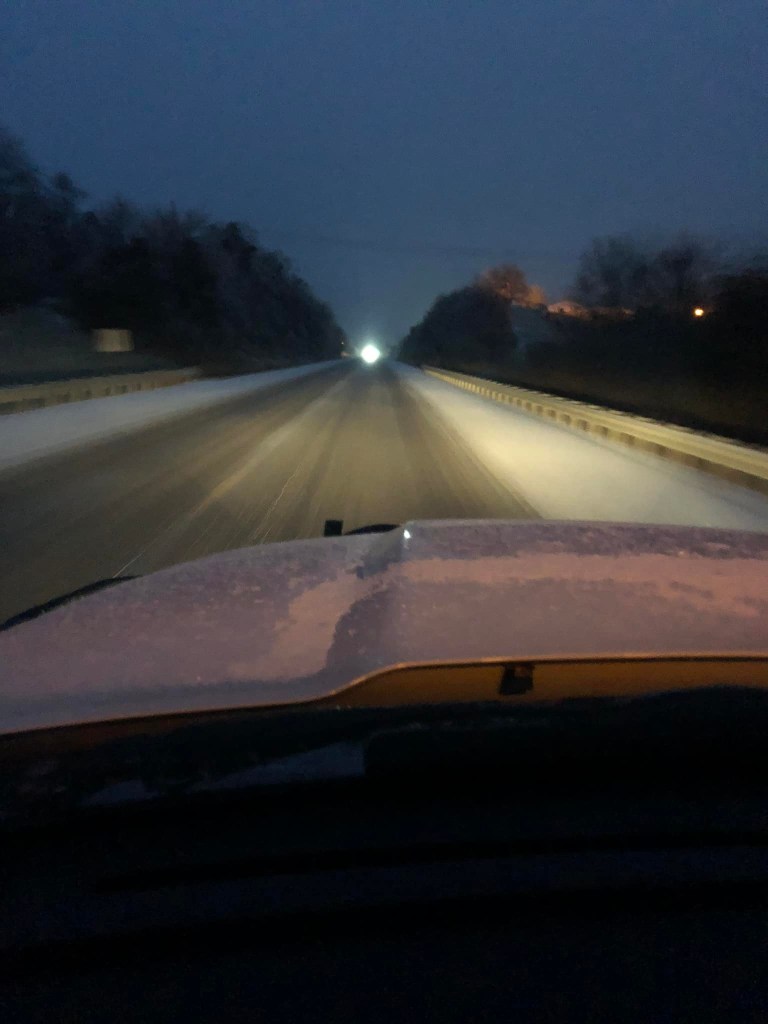 Road crews were out late into the night Thursday scraping and salting the roads once the freezing rain started to fall. (Photo courtesy of Clark County Road Department Facebook page).

Thursday was a waiting game for road crews at the Winchester Public Works Department as a winter storm rolled into the city and the rest of Clark County.

Forecasters predicted anywhere from .25 to .75 of ice across the Bluegrass. Crews couldn’t begin to treat local roads until the freezing rain began.
“The rain is just going to wash the salt off,” Winchester Public Works Department Director Patrick Clark said. “Then we will have to keep an eye on the pavement temperature … We will wait until the rain is over with, have all the units loaded with salt, and then once that pavement temperature is getting at freezing or near freezing, put the salt down.”

And as the crews waited, Clark County Public Schools announced it would be closed on Friday, local businesses shut their doors early and a warming shelter opened at Central Baptist Church in anticipation of power outages.

When the freezing rains came and went, the area was still impacted but thankfully not in the manner of ice storms past.
The National Weather Service in Louisville reported that Winchester and Clark County received a combined one inch of sleet and snow and .10 of ice in parts of the area.

The NWS issued an ice storm warning for all of Thursday and the early hours of Friday.

Local roads were wet from heavy rainfall for much of the day Thursday, and the area was under a flood advisory during the evening hours. Portions of Old Boonesboro Rd. were closed due to flooding.

Crews salted and scrapped roads all night, and by late morning, most roads were passable, but slow travel was advised.

Temperatures stayed cold over the early part of the weekend before thawing out with a high in the 40s on Sunday.

The next three days will continue the warming trend with highs in the 40s and 50s.