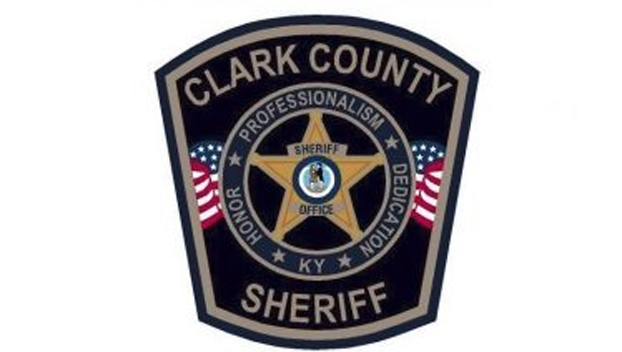 Clark County Sheriff’s Report
Feb. 1
• Brian Crowe, 4860 Schollsville Road, served warrant.
• James R. Martin, 142 Hawthorne Drive, stated he is a pharmaceutical rep and stores his medicine in a storage rental unit at Red Dot Storage, 4629 Rockwell Road. On Jan. 31, he noticed the lock was gone from the door of his storage unit and another lock had been put on. There was damage to the door where it appeared the lock was cut or forced off. He contacted Red Dot Storage and the property manager advised they removed the lock that was on the
door. Once entering the unit, Mr. Martin advised it appeared boxes of medication were gone through, but no medication was taken. He stated the medication is for heart related issues and not something someone would normally steal.
• Anthony D. Long, 224 Robert Court, stated a weapon was missing from his unlocked vehicle parked in his driveway.
Feb. 2
• Jeffrey L. Jackson, 1065 Two Mile Road, stated a package had been stolen off his porch. the
package showed delivered at 1:07 p.m. The victim’s daughter arrived home at 2:30 p.m. and
discovered the package delivered, but the box was open and the laptop was not in the box. The
listed value of the laptop is $1,500.
Feb. 3
• Robin Quiroz, 269 E. Washington St., served two warrants.
Feb. 4
• Brandon Johnston, 625 Banana Drive, served six warrants.
• George Spencer, 28 Collinswood Tr., Pine Ridge, DUI 1st.
• Cassandra Williams, 17 Heather Lane, stated she and perpetrator were playing beer pong with a friend at approximately 2-3 a.m. Victim stated the perpetrator got mad and grabbed her by the throat and choked her. She stated she blacked out and regained consciousness and he was still choking her. Perpetrator left approximately 30 minutes after the incident and went to an unknown residence in Lexington. Victim had visible injuries on the chin and neck.
• Shawna Dunaway, 195 West Dr., was traveling eastbound on Mountain Parkway and stated she lost control of her vehicle due to environmental conditions. The vehicle left the roadway and slid over an embankment impacting a guardrail, coming to rest on the slope of the bank. Occupants were transported to Clark Regional with minor injuries.
Feb. 8
• Darleen Brandenburg, 3140 Thomson Station Road, reported an unknown subject shot her dog. She was leaving for work and located her dog near her mailbox deceased.
• Boyd Shepard, 202 Brookshire Lane, served warrant.