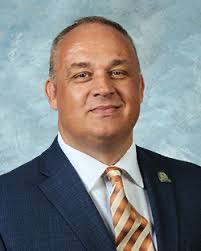 FRANKFORT – A bill to roll back the large increase in motor vehicle appraised values this year, as well as one to increase the penalty for those convicted of “swatting” were approved by the Kentucky House on Wednesday.

Rep. Sal Santoro, R-Union, sponsored House Bill 6, in response to a 40% increase in valuation of motor vehicles for property tax purposes this year, caused by the shortage of used cars and trucks that have caused their value to jump. He noted current law requires that vehicles be taxed at their fair cash value, which was based on the average trade-in rate.

“But in 2009, the Executive Branch adopted a policy that defined the average trade-in to mean a higher value, a ‘clean’ trade-in. As a result, many vehicles are being taxed at a higher rate than their vehicle is actually worth.”

Santoro says his bill would require PVAs to use the average trade-in value as a standard, not the “rough” or “clean” trade-in value.

The measure would reduce the rates to 2021 levels, be retroactive to Jan. 1, 2022, and money paid in excess of the average trade-in value would be refunded within 90 days to those who have already paid.

The bill also has an emergency clause, so it would take effect as soon as it is passed by both chambers and signed by the governor.

Several lawmakers said this was the number one issue they had heard from this year. The bill was adopted on a 95-0 vote.

“HB 6 passed yesterday was a resounding victory in the House 96-0 because we heard the grievances of our constituents from around the state,” said Representative Ryan Dotson, R-Clark, 73rd District. “It was the right thing to do and it was done in a bi partisan way. I fought for this measure in our caucus meetings and behind closed doors. I’m just so very thankful to now have passed this bill and now we await on the Senate to do their part. I want my constituents of the 73rd District to know I lobbied very hard for this bill and we got it.”

Proposed law’s next stop is the Senate.

“One of the top issues I have heard about from my constituents this session has been the increase in motor vehicle evaluations and, therefore, an approximate $67 million additional tax burden that follows,” said State Senator Ralph Alvarado, R-28th. “After reviewing state law, I believe the governor has the statutory authority to correct this. KRS 132.485. That statute says there can be a deviation from the standard value when assessing motor vehicle values if available information warrants it.”

The House also took up HB 48, sponsored by Rep. Phillip Pratt, R-Georgetown, which addresses swatting, where someone makes a prank call to 9-1-1, and results in a large police response.

“This actually happened in Scott County about a year ago,” he told his colleagues on the House floor. “Luckily, the Scott County sheriff realized something was up. Deputies went to the next-door neighbor and called them. The husband came out and the wife nearly didn’t.”

Dotson added, “I was a NO on the swatting bill because I feel the last thing we need is to make one more item a felony, although I believe their should be a harsher penalty I believe we need to find better solutions to these problems rather than making more felons.”

Alvarado said he’s happy to address “swatting” in the Senate.

“I am happy legislation addressing the act of “swatting” is making its way to the Senate,” he said. “I look forward to reviewing the bill and discussing it with my colleagues to determine if it is even better. We must implement more substantial penalties to discourage this type of behavior. Not doing so increases the likelihood the problem will grow. Our first responders are already stretched thin, and like most industries, are facing staffing challenges. Their time and resources are needed for real emergencies, so we can’t sit idly by while immature behavior like ‘swatting’ puts the public at risk.”

Pratt also testified that since the first incident, there have been several others.

Both bills now head to the Senate.

“What do we know? We know the COVID-19 pandemic has disrupted the automobile supply chain,” Alvarado said. “Current vehicle assessments are artificially inflated, which is not the taxpayer’s fault. They shouldn’t bear this burden, and they don’t have to. We are asking the governor to make the right choice and order the Department of Revenue to exempt taxpayers from the artificially high motor vehicle taxes they are facing. If a once-in-a-lifetime pandemic isn’t caused to allow a deviation, I’m not sure anything ever would.”

Alvarado is critical of Governor Andy Beshear’s “inaction.”
“The executive branch has had plenty of time to act but sadly hasn’t. The governor has eagerly exercised unconstitutional executive authority since the onset of the pandemic,” he said. “Asking him to use statutory authority to bring relief to Kentucky taxpayers is not a big ask, and it certainly isn’t difficult. Since the governor has chosen inaction, the Senate will be taking up Senate Joint Resolution 99 Friday morning.”

Alvarado said the resolution carries the force of law and, if passed, would require the governor to order the Department of Revenue to remedy this situation.

“We’ve determined a joint resolution is necessary from the Senate chamber since appropriation and revenue-raising measures must originate from the state House,” he said. “We will consider any action the House may send our way, but this is what we can do now to bring much-needed tax relief to Kentuckians.”