OUR VIEW: Pets and Bourbon 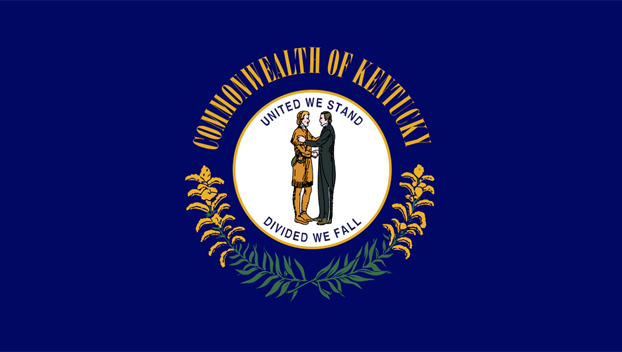 Clark County Sheriff’s Office reports that on Feb. 8, Darleen Brandenburg, 3140 Thomson Station Road, reported an unknown subject shot her dog. She was leaving for work and located her dog near her mailbox deceased. That’s terrible.

This is the second dog to have been shot — murdered — without about two weeks.

Michael Brown, 626 Westmeade Drive, stated his Yorkshire Terrier was in the backyard on Jan. 11 at approximately 3:50 p.m. When Brown went back at approximately 4:20 p.m., the dog was discovered possibly shot, according to the Clark County Sheriff’s Department.

The dog was taken to a veterinarian and it was discovered the dog was shot with a .22 caliber round. The dog passed away later that night. It is unknown who may have shot the dog.

One has to wonder what kind of twisted soul would kill an innocent animal? We’re not talking about a farmer shooting some random rabid coyote or wild dog that is threatening cattle out in the country, but killing someone’s pet who they love, cherish.

If anyone has any leads as to these recent crimes of animal cruelty, please contact the Clark County Sheriff’s Office at (859) 744-4390.

Boss’ Clean Up Day Fundraiser
Habitat for Humanity of Madison and Clark Counties is partnering with the Clark County Solid Waste Department to host the first annual Ed Boss Memorial Clean Up Fundraiser!

Winchester’s long-time volunteer Ed Boss, who passed away in 2021, was dedicated to making the world a better place.

In remembrance of Boss, friends and fellow community members invite folks to come out Friday and clean up areas in Winchester that are needing some attention.

In return, the Clark County Solid Waste will contribute $100/mile. This year’s contributions will go towards Habitat for Humanity and helping put more families in homes on Lincoln St in Winchester!

Folks will meet behind the Clark Regional Hospital to go over focused routes with light refreshments and beverages and divide up to conquer the most miles.

This is an excellent idea that not only makes the city a cleaner place, but pays tribute to a Boss’ spirit of volunteerism. Start Time: 12 p.m. Friday, Feb. 11

Start Location: Behind the Clark Regional Medical Center at the intersection of Hospital Dr & Croxton Way in Winchester

Folks can sign up to volunteer here — https://signup.com/go/auRRnWS — on February 11th, “Ed Boss Road Clean Up Fundraiser”. Hope to see you there!

Bottle of Bourbon on the State Flag?
MOJOMOX.com, an online brand designing site, conducted a poll of 3,236 Americans across each state, asking them one question — if Kentucky’s state flag were to be rebranded, what should it include?

Nearly half (45%) of Kentucky respondents thought if the state flag were to be hypothetically rebranded, it should include an element to do with bourbon, considering over 95% of the world’s bourbon is produced by almost 70 distilleries in the Bluegrass State’s Bourbon Country, according to the survey.

More than a quarter (27%) of Kentuckians thought the flag rebrand should feature horse racing – a nod to the Kentucky Derby held annually in Louisville, typically on the first Saturday in May, according to the survey.

And 1 in 5 (20%) people in the aptly-named Bluegrass State thought the flag should feature bluegrass music, given that it’s the original birthplace of the genre, according to the survey.

Lastly, almost 1 in 10 (8%) are proud of their state having invented the globally-recognized fast food joint: KFC – saying they think it should even be placed on the state flag, according to the survey.

While the Winchester Sun toasts the bourbon distilleries, we are reluctant to endorse placing alcohol, albeit quality spirits known the world over, on a state flag. Not everyone drinks nor would some folks feel comfortable with a bottle of bourbon placed on the state flag.

To be honest, the Bluegrass state’s quality bourbon doesn’t need that extra bit of help reminding folks near and far where the good stuff is made. And the same can be said for KFC’s finger-licking good chicken.

The flag consists of the Commonwealth’s seal on a navy blue field, surrounded by the words “Commonwealth of Kentucky” above and sprigs of goldenrod, the state flower, according to the WPA Guide to Kentucky.

The State has a proud history that features a state seal with a pioneer and a statesman embracing on the flag. Popular belief claims that the buckskin-clad man on the left is Daniel Boone, who was largely responsible for the exploration of Kentucky, and the man in the suit on the right is Henry Clay, Kentucky’s most famous statesman. However, the official explanation is that the men represent all frontiersmen and statesmen, rather than any specific persons, according to the Kentucky Secretary of State’s archives.

The State’s motto is printed prominently on the flag — “United we stand, divided we fall.”

Rather than promote products that we can be proud of, perhaps it’s best to leave the state flag alone as a symbol of unity that we so desperately need in these trying times.