Talk Putin Off The Ledge 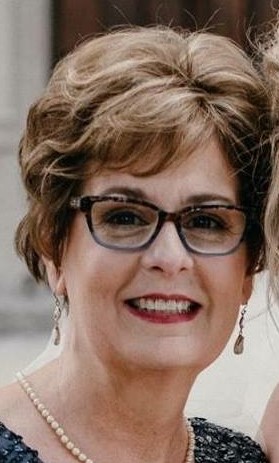 What if we could stop war?

What if we could stop Russia from invading Ukraine? Because of one man, Vladimir Putin, and his personal desire to grow an empire, an estimated 50,000 people will die if he invades, tens of millions if it snaps the nuclear tripwire.

The soldiers fighting for Putin are only following orders. They do not want to die, but they have been trained to obey. Those in Ukraine willing to fight for their homeland also do not want to die. Yet, they will fight back if they are attacked.

What if someone could get to Putin and convince him of the folly of his plan? What if his soldiers refused to fight for this cause? He wants to be able to call a piece of land part of Russia, and make the citizens there Russian, despite their wishes. Ukrainians are willing to risk their lives just like the Russians. Thousands will die due to the whims of this one man.

How many times does this decision for war come down to one person? If not for the assassination of the Austrian Archduke, Franz Ferdinand and his wife, while visiting Bosnia in 1914, by a 19-year-old Serbian nationalist, the Great War (World War I) might never have taken place. Austria-Hungary retaliated, with Germany’s support, and declared war on Serbia. Within days, Germany declared war on Russian, Serbia’s ally, and invaded France via Belgium, which then caused Britain to declare war on Germany. The killing continued. Twenty million lives were lost, half of them civilians.

Adolph Hitler, who planned for years to take over Germany, build an empire, and kill Jews, caused World War II. No one had the courage or foresight to stop him along the way. World War II resulted in the deaths of 70–85 million, at that time three percent of the world’s population. Civilian deaths were 50-56 million with an additional 20 million deaths due to war-related disease and famine. Military deaths were 21-25 million. All made for tremendous loss of life.

If President Johnson had not reacted with war to the (now known-to-be false) attack in the Gulf of Tonkin, three million Vietnamese, United States, Laotian, and Cambodian lives might have been saved, one million military and two million civilians. Of course, there are many more needless wars we can examine and count losses—starting with all the wars based on lies, such as the Spanish American War and the invasion of Iraq.

Almost always, wars happen because of some person’s wounded pride or the perception they are backed into a corner. But we all must understand the human cost, and whenever possible, stop this carnage. With each war, we have learned that more casualties are innocents.

War does not happen because the weapons exist or because people wear uniforms. All of this must be directed. Who do we want to be in control?

War is not inevitable. Often, this starts with the decision of one man (usually it is men) and a few others who agree to proceed or are afraid to disagree. This does not have to happen.

War is insanity. If it becomes nuclear, there are only losers.

Talk. Talk more. I commend Macron’s efforts. More diplomats, friends, government officials, or Elders must do what needs to be done to stop this ridiculous, dangerous possibility. We must protect human life. It is sacred.

Guest opinion: Call on McConnell to stop the steal of local news