To a large bowl, add 1 cup sugar, flour, cinnamon, salt, and whisk to combine; set aside.

To a medium microwave-safe bowl, add the butter and heat on high power to melt, about 45 seconds.

Wait momentarily before adding the eggs so you don’t scramble them.

Add the eggs, extracts, and whisk to combine.

Pour the we mixture over the dry and stir to combine; don’t overmix.

Turn mixture out into prepared pie dish, smoothing the top lightly with a spatula.

Evenly sprinkle 2 tablespoons sugar over the top and bake for about 34 to 39 minutes, or until edges are set and a toothpick inserted in the center comes out clean or with a few moist crumbs but no batter.

Allow pie to cool in pie dish on a wire rack before slicing and serving. Optionally serve with whipped topping or ice cream. Pie will keep airtight at room temp for up to 5 days.

On Sunday afternoon I baked a pie for my brother Alan’s birthday which was the next day. After smelling the pie, I decided I wanted to bake some kind of pie for Brad and me, but I wanted something that was a little less time consuming. I started looking through the pie recipes I’ve collected over the years, but haven’t taken the time to make, and see if one of those would work for my sweet craving.

I spotted a recipe for crustless blueberry pie and figured I’d give it a try; I wouldn’t have to make a crust and I had all of the ingredients called for. I didn’t have fresh blueberries, but there were some in the freezer that we’d grown last year and I set them out to begin to thaw. I’d printed the recipe off the averiecooks.com website after spotting it on Facebook.

The author said it was an “Easy Blueberry Pie – a FAST, crustless, no-mixer dessert that’s perfect for summer entertaining, picnic, or potlucks!! Somewhere in between pie, cake, and blondies is what you get with this FABULOUS blueberry dessert recipe!” With that being said my expectations were very high.

I preheated the oven and then liberally sprayed a 9-inch-deep pie dish with non-stick spray. I combined the dry ingredients in a large bowl and set it aside. In a microwave-proof bowl I melted a stick of butter and after it cooled a bit, I added the eggs, 1 teaspoon of vanilla, and almost a whole teaspoon of almond extract. I didn’t do a whole teaspoon of almond extract because I only had a small amount left in the little brown bottle; I used what I had.

Once the wet ingredients were combined, I poured the liquid into the dry ingredients and stirred just until I had a stiff batter, and boy was it thick. After I added the 2 cups of the partially thawed blueberries I stirred just long enough to get the berries mixed in without them breaking up.

The batter was so thick that I had to scoop the batter into the prepared pie plate. I topped it off with the remaining 1/4 cup of blueberries and the 2 tablespoons of sugar.

The pie went into the oven and after 35 minutes I used a wooden toothpick to test to see if it was done. It was far from being done so I set the timer for an additional 15 minutes. I tested the pie again and it still wasn’t done so back into the oven it went for another 15 minutes. Finally, the toothpick test came out clean.

I set the pie on a cooling rack and after supper Brad and I had a piece. The pie was still a bit warm and it was delicious. Brad squirted some Reddi Whip on his but I had mine plain.

I’ll have to tell you though, this is not a pie. The only way I would call it pie was because it baked in a pie plate.
Brad called it more of a spice cake but I called it something I wanted to keep eating. It was so good that I had to share some with our neighbor Rachel. She and her mom called it a winner too.

This recipe was definitely easy to put together and I Nailed It and it’s got a special place in my self- made cook book and I’ve already made it again. This recipe is quick, easy, and delicious. Go ahead, give it a try.

Food columnist Sarah Condley prepared this recipe — “nailed it” — for the Winchester Sun. 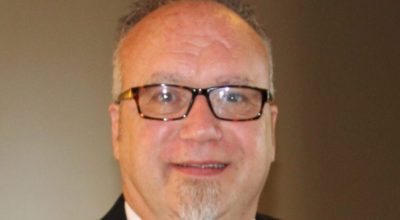 Living On Purpose Headline: Telling Our Worries and Fears How Big God Is 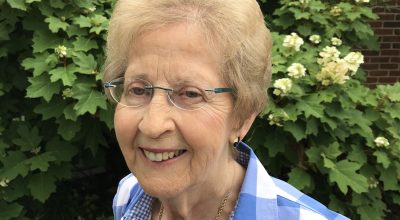 ‘Calling Out the Called’ A Worthy and Important Venture