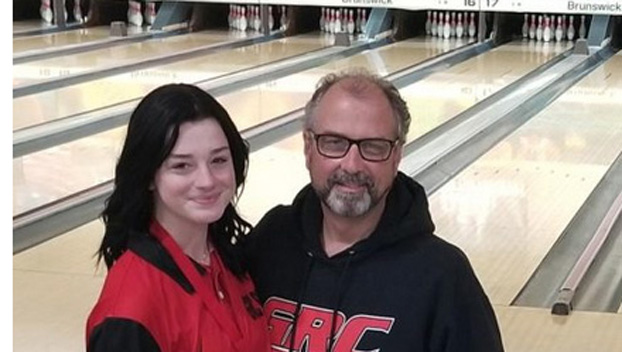 Bowling strike after strike, Fryman finished in the top 25 in the State coming in 24th overall. To see a video of Frymann, click: https://youtu.be/iHzYFdI4EWg

“Meredith has the ability to someday win State,” GRC Bowling Coach Dodd Dixon said. “As a sophomore, she was one of the youngest competitors at State. Over the next two years it is our goal that she will be in a position to win State. We are on target to achieve those goals.”

This year marked several milestones for GRC bowling, including that this year’s team had 22 members compared to eight last year and three the year before.

The boys team finished 8th out of 16 teams, the highest ever GRC region finish, and GRC fielded a full girls team for only the fifth time in school history.

“The kids have taken to the rebuilding of the program and we should all be proud of their efforts this season,” said Coach Dodd Dixon.
Smoke Signals is the award winning newspaper for George Rogers Clark HIgh School.