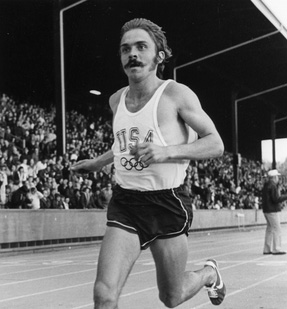 Steve “Pre” Prefontaine was an American long-distance runner who competed in the 1972 Summer Olympics. Immenently quotable, Prefontaine said, “The best pace is a suicide pace, and today looks like a good day to die.” Tip of the hat to all those Cards’ runners who left all they had on the track at the Mason County meet.

The GRC Boys placed 6th overall in a field of 26 schools from Kentucky and Ohio.

The High School Girls team did not have their full team competing and only had three girls at the meet.

The Campbell Girls won the middle school meet and the Campbell Boys Team placed fourth in the multi-state field of schools.

Sophomores Joey Hill and Josh Wilson placed fourth and eighth place respectively in the long jump with jumps of 18 feet 11 inches and 18 feet five inches. Hill also placed third in the 55m dash with a time of 6.98 followed by teammate Elias Webb who was fourth with a time of 7.00 seconds.

Leading the Girls Middle School team to victory was Savannah Thomas who placed first in both the 3K with a time of 13:01 and 1600m with a time of 6:42.
Thomas also placed second in the 800m dash with a time of 3:01. Also turning in top eight performances in the girls middle school 1600m from Campbell were

Leading the Boys Middle School Team was eighth grader Ben Wilson who placed first in both the 1600m and 800m. Hunter Rogers placed second in the 1600m behind teammate Wilson. This year marks the 18th season that GRC has fielded an indoor track team.

“I am well pleased with our first outing of the season” said GRC/RDC Track Coach Dodd Dixon. “We have been challenged all season with practice issues due to weather. It was good to finally get out there and run some races.”