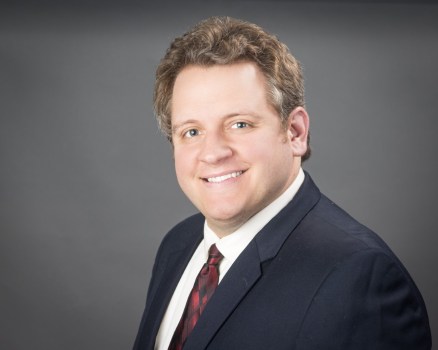 As a Chicago native, I didn’t grow up surrounded by the talents of Jamal Mashburn, Antoine Walker, and other Kentucky greats. As a child of the 1990s, I did however grow up around greatness.

Michael Jordan and the Chicago Bulls teams of the 1990s represent arguably the greatest dynasty in NBA history. While too young to remember the days of their first three-peat from 1991-1993, some of my finest childhood memories involve watching them captivate the Windy City with their three championship seasons from 1996 – 1998.

Having had a front-row seat to such an event, there are certain similarities about those Bulls teams that I see in the #1-ranked Boys Basketball Team at George Rogers Clark High School.

Some may say that the Bulls were the last of an era. Before big money free agent contracts made it more advantageous for some players to switch teams after a championship season, the Bulls had 10 players who were with them for each of their three championships of the second 3-peat.

Some teams don’t have three franchise players that have made it to the Hall of Fame. The Bulls had three Hall of Famers in their starting lineup, and a fourth to be mentioned later. Michael Jordan, Scottie Pippen, and Dennis Rodman are three men who need no introduction to long-time basketball fans. What may surprise people though, is how good and valuable the rest of the team was.

Ron Harper, the other starting guard, had been named to the NBA All-Rookie First Team several years prior, and was described by Michael Jordan as one of the toughest defenders he ever had to face while he played for Cleveland.

However, he’s to this day arguably the most influential basketball player Australia ever produced, and – as is evident by his 19 points scored in Game 3 of the 1996 NBA Finals – could surprise people if taken for granted.

The five remaining players from each of the 3-peat teams also played a valuable role. Their sixth man – recently inducted Hall of Famer Toni Kukoc (largely recognized for his career in Europe) – would’ve been a starter on most other teams, and was rewarded with the 1996 NBA Sixth Man of the Year Award.

Long before he was the offensive mastermind of a coach he currently is for Golden State, Steve Kerr was as reliable of a three-point shooter in his own right as they came – winning the NBA three-point shooting contest in 1997. He also had great chemistry with fellow reserve Jud Buechler, as they’d both played at the University of Arizona together.

Randy Brown, Michael Jordan’s backup and close friend, could play strong defense and was never afraid to drive hard to the basket.
Backup center Bill Wennington was one of the few big men who could hit a jumper from outside the post. He proved so by hitting the game-winning shot in Game 4 of the 1996 NBA Eastern Conference Semifinals against New York, similar to Kerr’s game-winning shot in Game 6 of the 1997 NBA Finals against Utah.

How many teams do you know of that would’ve trusted not one, but two of their bench players to hit game-winning shots in the postseason?
As I’ve had the privilege of covering George Rogers Clark’s #1-ranked Boys Basketball team this season, I’ve been reminded of the importance of depth on a solid team.

With many teams, if you shut down one or two players, it seems like the momentum is strongly in your favor. Against George Rogers Clark, a number of players can beat you on any given night.

Jerone Morton might be the guy some teams hone in on, yet if you try to slow him down, Tanner Walton picks up right where he left off. If you try focusing on Walton, the reverse happens.

Sam Parrish, who has as good of a knack for stealing the ball as any defender in the state, can drive hard to the basket and is certainly not afraid to utilize his leaping ability.

Trent Edwards, arguably the team’s best rebounder, knows how to put back a shot – as he proved in the game against Woodford County, among others.

Aden Slone – a commit to Delta State University – is always a threat from beyond the three-point line who shows strong defense and senior leadership.

Even if, by some lucky chance, you somehow limit all five players, you’ll still have the bench to worry about.

Up-and-coming sophomore Reshaun Hampton can overwhelm opponents with a great three-point shot, and has also led the team in scoring through certain games this season.

Also showing strong rebounding capabilities, Stanley Smothers can easily be employed as a defensive specialist in the post area.

Tyleik Maxwell – who tied for the team lead in points during a game against Great Crossing – has shown continued development throughout the season that has led to him seeing additional playing time.

As a group, when working as one, they’re very difficult to beat on multiple fronts. Nothing is guaranteed, and the Cards have a long way to go to prove that they are and will remain #1.

Still, as a Chicago native who has had the blessing of covering the team this year, it’s great to be reminded of just how valuable team depth is.

And, for the Cards, it’s great to have it to your advantage as the postseason gets ready to start.