Down the Lane: Backing the Buses and Their Bus Drivers! 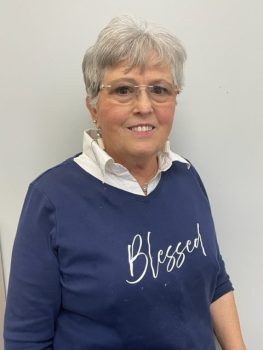 There is seldom a day that my husband, Eric does not come in and talk to me about his day as a bus driver. I can tell if it has been a great day or not by his excitement as he talks to me.

I have never known a bus driver who loves the students he carries on his bus route as much as he does. He often sees students who have graduated or gotten their drivers license who no longer ride his bus. I cannot tell you the countless times they seek him out to hug him out in public. It always thrills him to see them and find out about their lives and how they are doing.

Today he came in between his routes to tell me what a wonderful morning it had been. He told me yesterday the bus drivers were thanked and given a treat at one of the schools and how nice it was to be appreciated.

Today he told me that Campbell Jr. High had prepared a full size breakfast for the bus drivers and that it was delicious. He was smiling as he told me.

Until my husband became a bus driver did I realize the difficult job they encountered daily. Drivers often groan when they see a bus carrying tomorrow’s future. Buses are often not given the respect they need.

They have seen cars pull out right in front of a bus loaded with students, drivers pull around buses as they are unloading students who could be killed by these actions and abuse and not giving buses the right of way when they are on a time schedule. There is a stiff fine for that and now a camera can prove what happened.

However, if a student or students are injured, the damage would have been a lifetime of pain.

My husband tells his students he loves them every day of their life and he means every word of it. Nearly all tell him tell him they love him too. He treats them often from money out of his own pocket. He has taken money from his own pocket to feed a child on a trip discreetly so no one will know. He has often cried over his kids as he calls them if they are sick or have problems.

Today he told me about another bus driver who was threatened to be killed by a student. What the public does not know is, many bus drivers are threatened and cursed out by unruly kids who have not been taught to mind and respect those in authority.

There are certain routes that need monitors on their buses. Sometimes I think every bus needs a monitor. Even with the cameras in place on the buses, which is a monumental help in today’s world a driver does not need to have his eyes on anything other than the road.

Bus drivers (or mine does) often get up at 3:30 a.m. each day and out to the bus garage to warm up the bus and scrape the ice off the windows of a morning in the freezing cold. He makes sure his bus is clean, clean, clean so nothing gets in the way of the student’s safety. Besides that he takes great pride in his bus. He drives the bus in scorching heat with no air conditioning.

A bus driver may worry about your child if it is sick or they are sad because they may have to move. They miss your kids when they graduate and think about them long after the day is finished.

They drive on too narrow roads and like a policeman or firefighter their lives are daily in jeopardy from the public. They are never paid enough either. That is why they have a hard time keeping the drivers. When they get a good one they need to be paid more.

Lay your ground rules and get to know your kids and call their parents to get to know them. Acknowledge them when you see them in stores and if they come up to you, take your time with them. You can get insurance coverage that is very good. You can have summers off but get supplemented by taking on extra jobs which Eric does all he can to supplement our needs.

The best part is the love you get back from your students. The funny things you can laugh about when they tell you their stories as you wait in line somewhere for students to load, or when they first get on off. How each one holds a special place in your heart as you triumph in their triumphs, cry when they are sad, and even you realize how much you have come to love them.

My husband has a scrapbook of all the notes written to him and sweet things he has been given. We have pictures of kids. I have a big school bus to hold cookies in my kitchen given by a student. He has a fleece blanket and other items. Even if it is just a note it is appreciated. He knows many cannot give gifts and he does not care.

By taking extra trips carrying sports teams and other groups Eric has come in contact with most of the school kids in our county. He is often impressed with our future leaders. It is easy to see when students have been taught to respect themselves, others, teachers, and bus drivers.

This comes from their parents. If a parent does not demand respect from their child or teach respect to others their child is going to have a hard life. Sassiness is not ever good.

Principals thank you when you listen to a bus driver and do your job.

My husband, for one, appreciates you.

Again, thank you for recognizing the bus drivers today, it was well deserved.

Sue Staton is a resident of Clark County.