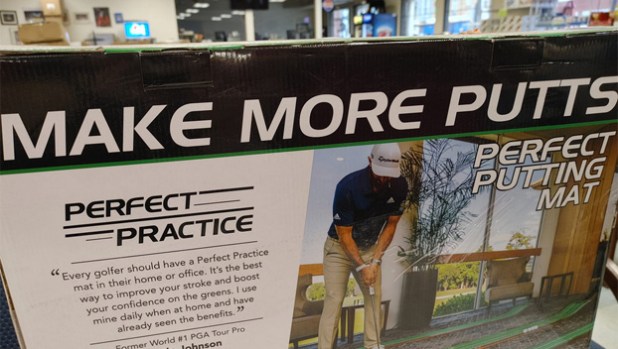 Look at this! Yep! Make the right bid, you can practice to play golf a little better. 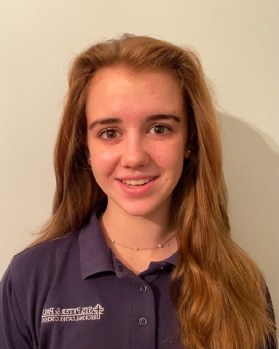 Clara Jane participated on the SPPS middle school academic team and served as a member of the quick recall team as well. She placed first in the district writing competition which advanced her to the regional level. Morton placed 5th overall out of 12 schools and 20 other competitors. She will now compete at the state level in Louisville, KY on March 19th at the KAAC Governor’s Cup Championship.

Auction will be in-person bidding only starting at 6:30 p.m. Bid on hundreds of items including portable speakers, screwdriver sets, flashlights, dog cages to bicycles; too many things to mention. Most auction items are Overstock and everything will be new. Pics of auction items will be posted on our Winchester Kiwanis Club Facebook page.

Winchester-Clark County Parks and Recreation Board will meet at 5:30 p.m. in the conference room at College Park Gym Monday, Feb. 28.

Their parents were married in Winchester on October 5, 1948 in the lobby of the Brown-Proctor Hotel. Jean Speegle and Rance Howard were members of a children’s theater troupe traveling in the midwest in 1948. They were never in a state long enough to endure the 3-day waiting period after blood tests were taken.

Someone in Ohio told them that Kentucky did not have such a waiting period. So when the troupe traveled to Winchester for a show, they got married. They were married by a Methodist Minister and had the reception in the lobby of the Brown-Proctor.

Nicholson’s tip is very reliable — comes from “The Boys” written by Ron and Clint Howard. That’s neat! Book has a whole chapter about the Howards’ wedding in Winchester. Rather than risk copyright infringement by republishing that chapter in the Sun, go to your local library and check out “The Boys” and sit for a spell, read what happened.

Nicholson went to University of Kentucky where he met his wife-to-be Jessica Bell. The loving couple got married, raised a son and daughter. They are now grandparents of five.

In other news, West Point reached out to George Rogers Clark High School the other day to learn more about a few possible candidates who may apply someday for admission to the military academy. That’s a testament not only to GRC’s academic reputation, but to those students who aspire to serve their country.
Anyone with news tips, local history or more, please reach out to miles.layton@winchestersun.com