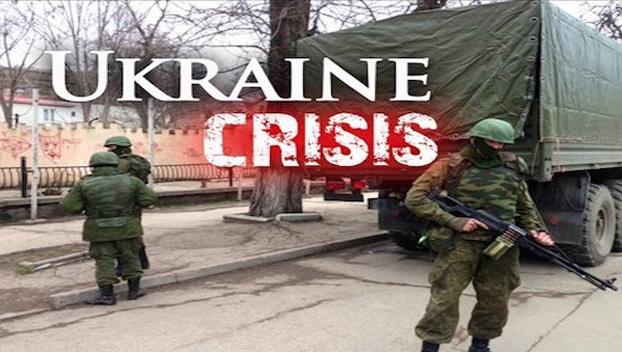 Reflecting back to when schools’ held nuclear drills during the Cold War, why are our leaders poking this bear?

Russian President Putin said this week, “Whoever tries to impede us, let alone create threats for our country and its people, must know that the Russian response will be immediate and lead to the consequences you have never seen in history. All relevant decisions have been taken. I hope you hear me.”

Wars often begin over stupid crap in farflung places and over issues where we should just not get involved. President Dwight Eisenhower warned in his farewell address from the White House of the “unwarranted influence” on the government by “the military-industrial complex.”

Why does the mainstream media’s drumbeat seem to be in favor of war, more American involvement? How bizarre!

We may be witnessing the beginning of World War 3, so this is lunacy on its face. China is aligned with Russia, so…

Didn’t we just end another war in Afghanistan? Images of Saigon on steroids come to mind when seeing our withdrawal from Kabul.

Gas prices and inflation ever increasing, Southern border troubles too but yep that’s what we need — another war!?

Sometimes wars are justified, but this time we’re not so sure that’s the case as NATO and nations start rattling their swords over a dispute between Russia and a former Soviet bloc country.

Let’s pray and hope our leaders take a step back rather than walking us closer to the edge of something that we don’t want or need.