Protecting Title IX Is About Science and Fairness 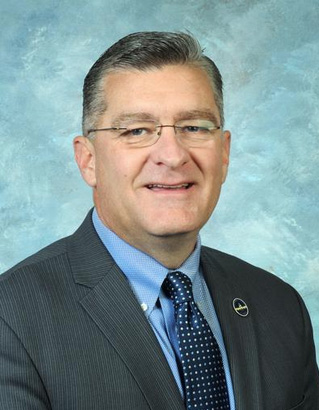 Over the past few years, state legislatures across the nation have introduced or passed bills banning those who are biologically male from competing in women’s sports. In 2021 alone, eight states enacted legislation banning transgender individuals from participating in women’s athletics to some degree. It is now Kentucky’s turn.

Discrimination is not the objective of this bill, but rather to protect the many years of progress this country has made with the passage of Title IX, which was created to enhance athletic opportunity for young women. Allowing biological males to compete in sanctioned female athletics reverses years of that progress.

It is not the government’s place to tell residents of the commonwealth how they should live their lives; I think most reasonable people can understand the nuance of this bill.

I ask that we all take a deep breath and ask a simple question. Do transgender women have an advantage over biological women?

If you look at the science, it’s pretty clear.

Consider the example of Andraya Yearwood, a transgender student athlete from Connecticut. Yearwood began competing on a high school girls team in early April 2017 and won first place in the girls 100-meter and 200-meter dashes.

In a 2019 interview with the Associated Press, Yearwood acknowledged she is stronger than many of her biologically female competitors, but says girls who are not transgender may have other advantages.

“One high jumper could be taller and have longer legs than another, but the other could have perfect form, and then do better,” Yearwood said. “One sprinter could have parents who spend so much money on personal training for their child, which in turn, would cause that child to run faster.”

What Yearwood fails to note is biological males, when compared with women, are taller; have longer and stronger bones with narrower hips and wider shoulders; lower body fat; denser, longer muscle fibers; stronger tendons; larger hearts, lungs and higher levels of hemoglobin, the protein that carries oxygen within the blood.

No surgery or hormone therapy can change our biological sex, for the chromosomes are specific to our gender at the moment of conception.

Studies show the only potential way to alter that advantage, is to begin suppressing testosterone when a male child is between three and six months of age.

Young women deserve to have the same opportunities as young men through sports. They deserve an equal playing field that is determined by hard work, sweat, and commitment. As the father of a daughter and the grandfather of a granddaughter, this is personal. I want to see fairness in women’s athletics preserved. I want to see my granddaughter compete in sports and take them as far as her personal commitment and goals allow.