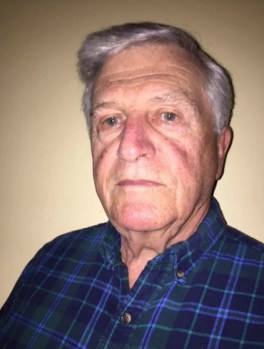 Now I read that because oil prices have zoomed past $100 a barrel, gas prices at the pump are headed for $4 or maybe even $5 a gallon. And my local gas station is not in California. Who or what is to blame?

CBS NEWS apparently knows the answer. In a recent broadcast, one of its anchors blessed with infinite knowledge and wisdom declared that the U.S. economy has been hit with increased gas prices, inflation, and supply-chain issues due to the Ukraine crisis. Illogical nonsense.

Putin did not cause our inflation by spending trillions of dollars on Covid relief, and Russia did not cause hundreds of ships to sit at anchor waiting for a turn to unload their cargo in Long Beach and Los Angeles.

As for the increased gas prices, let’s review how this came about.

During President Trump’s term in office, the United States became the world’s largest producer and net exporter of all oil products. Then the Covid pandemic struck, reducing demand for gasoline. Oil production dropped by 1.1 million barrels per day in reaction.

Demand began to increase in 2021 as American drivers returned to the road. But oil production did not increase in response, as producers chose instead to reap the profits generated by rising gas prices at the pump. Those profits are soaring, now that the price of oil is over $100 a barrel, and oil companies are sharing those profits with shareholders rather than on drilling new wells. The blame for this rests mainly on the Oval Office.

President Biden has a dilemma. Needing an increase in supply, he turned to Saudi Arabia. It turned him down. Biden then tapped our oil reserves, but that brought only temporary relief. What Biden really needs is an increase in domestic production.

But he has poisoned the well with his war on fossil fuels. He can’t very well reverse the executive orders he signed on Day 1 of his administration without enraging his base of environmental activists.

Biden has boxed himself in. He can’t ask oil company CEOs to increase production without first lifting restrictions on drilling on federal land or ANWAR; he can’t cave to industry demands to cut red tape and environmental regulations; and he can’t back away from the Paris climate accords or the International Energy Agency’s demand to stop drilling now to reduce greenhouse gas emissions that are warming the planet.

The sad situation is that the U.S. is no longer energy independent and no longer the world’s biggest oil producer. Worse, our imports of oil are increasing. Worst of all, 22 million barrels of oil we import every month come from Russia.

We should think about that every time we pay more to gas up our cars—or see the latest images of destruction and loss of life in Ukraine.