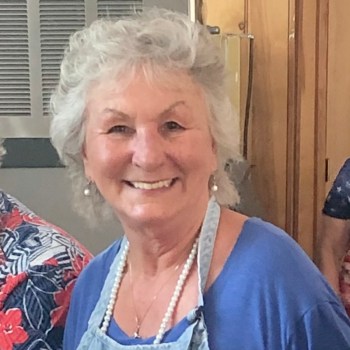 If you are feeling dejected and rejected, you are in good company. Remember the forty days of temptations Satan exposed to Jesus? The Devil found that he could not tempt Jesus, so he went away.

Being filled with the Spirit, Jesus returned to Galilee, where he performed many miracles. His fame preceded Him into Nazareth, His hometown.

But, not so fast, the locals said to Jesus; prove yourself to us as you did in Galilee. To them, Jesus was just another local boy trying to make a name for himself, albeit He used some mighty, gracious words.

The people of Nazareth were about to call Jesus a fake; however, he beat them to the punch. “Verily I say unto you, No prophet is accepted in his own country.” Luke 4:24 KJV.

Jesus reminds his countrymen that in the days of Old (Testament) of the three-and-one-half years of the great famine. Elias was sent only to the city of Sarepta, in the region of Sidon. The entire country was not fed. Then, in Eliseus, the prophet’s time, of all the people afflicted with leprosy, only Naaman the

Syrian was cleansed. Jesus’s responses angered those in the synagogue; they rose against him to throw Him out of the city. However, Jesus surreptitiously went His way. They took him to the brow of the hill on which the town was built to throw him down the cliff. “But he walked right through the crowd and went on his way.” Luke 4:30 NIV.

Essentially, the Nazarenes were baiting Jesus, attempting to have Him “show and tell.” There was a hint of ridicule in their tone and body language. Jesus did not fall for the taunts. “And He said unto them; Ye will surely say unto me this proverb, Physician, heal thyself: whatsoever we have heard done in Capernaum, do also here in this country.” Luke 4:24 KJV.

Don’t we find it a general truism in life – that rarely is a local person who makes good honored in their home town? I will share a personal example with you.

I am a published author of children’s books, articles in medical journals, and fictional a novel. On a book tour, my husband and I traveled the East Coast and inland from Richmond to Atlanta, promoting my last publication, “Sticks and Stones, A Novel of Life’s Trials.” Radio hosts interviewed me live, and I was questioned via telephone regarding this book.

We held book signings at Big Box Book Stores, boutiques, independent book stores, schools, and libraries. Folks lined up in large numbers to meet me and discuss my book. Of course, they purchased one for themselves, and occasionally, someone would buy one for a friend to be sure they received an autographed copy. But let’s back up a bit.

Locally, in the cities and towns within a 30-mile radius, there was very little interest or attendance at the book signings. It was interesting to watch local folks thumb through the book, then lay it down and walk away. In the end, I sold very few books nearby. The comparison between people who were strangers from afar and the locals were just mind-boggling! I guess I was too familiar with the local people and was not taken as seriously as I was by strangers.

Jesus performed a multitude of miracles in His short ministry. Almost always, He was to the point of exhaustion from travel, preaching, teaching, healing. His precious energy was sucked out just by those touching the hem of His garment. Physician, heal thyself didn’t fit his MO. He didn’t have the time to take care of Himself, for His only thoughts were of others.

Jesus taught us to love our enemies. “But I tell you who hear me: Love your enemies, do good to those who hate you, bless those who curse you, pray for those who mistreat you.” Luke 6:27 NIV.

My mother would admonish my baby sister and me as long as we lived under her roof: Two wrongs don’t make a right! The Apostle Paul said, “Make sure that nobody pays back wrong for wrong, but always try to be kind to each other and to everyone else.” 1 Thessalonians 5:15 NIV.

We must be humble and sensitive in our ministry to others, sensing the condition of each person and offering the appropriate remedy for each situation.

We can’t apply the medicine until we know where the wound is.

A retired nurse, published author and columnist, Pat Throckmorton can be reached at kandpthrock@gmail.com